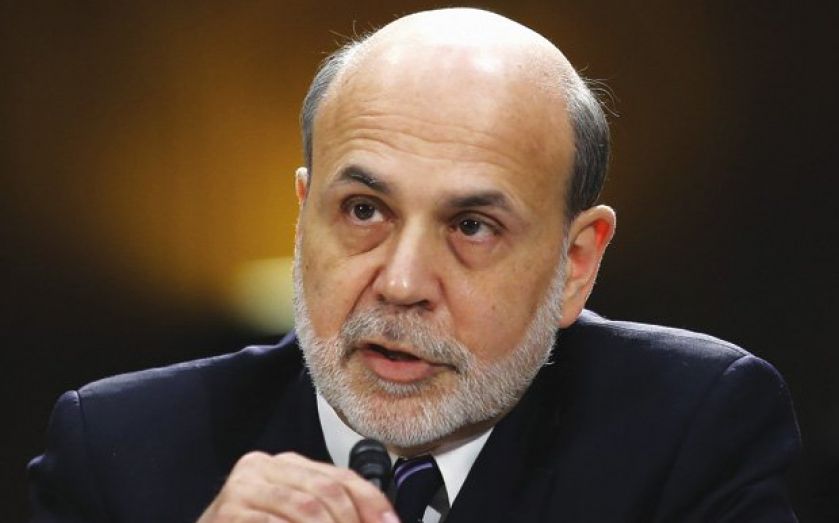 THE US Federal Reserve expects America’s economy to reach even faster growth than the 1.7 per cent GDP expansion recorded in the year to June – yet last night gave no indication that it is set to rein back its mass stimulus programme.

The Fed’s latest policy statement said it will continue with its $85bn (£56bn) a month asset purchases.

Some investors have feared that a slowdown in quantitative easing – a process known as tapering – could arrive in the coming months.

Earlier in the day the US was boosted by figures estimating that its economy grew by 1.7 per cent in the 12 months to the end of June – significantly higher than the one per cent expansion that many economists were expecting.

And the Fed said it “expects that, with appropriate policy accommodation, economic growth will pick up from its recent pace”.

The boost was slightly mitigated, however, by a revision to the annual growth rate recorded for the opening quarter of 2013 – now believed to be 1.1 per cent growth, rather than the earlier estimate of 1.8 per cent.

The data comes after the US government decided to alter the way it measures the country’s GDP. Spending on intangible assets, such as money that goes towards research and development, is now treated as investment.

Meanwhile, more bullish news was delivered by the latest ADP report, which estimated that the US private sector added 200,000 new jobs from June to July.