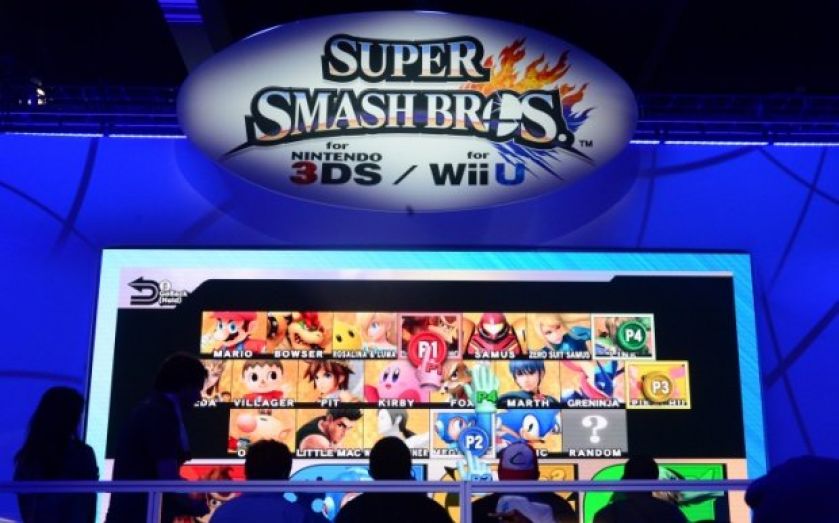 It’s on like Donkey Kong: Nintendo’s results have smashed expectations in Japan.

Analysts had expected a profit of Y5.7bn (£32.7m) for the three months ended 30 September, but instead Nintendo served up Y24.2bn.

The company said demand for new games such as Super Smash Bros. and Mario Kart 8 had boosted sales, which were further helped by a weak Yen.

Shinzo Abe’s aggressive approach to reviving the Japanese economy has led to a sustained weakening of the Yen, as this (inverted) graph shows.

This boost was not enough to persuade Nintendo to change its full-year forecast for profits of Y20bn and sales of Y590bn. 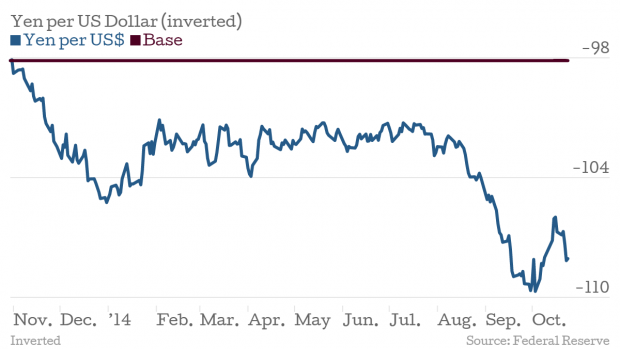 Nintendo's new hand-held console, the 3DS, went on sale in Japan on 11 October. It is hoped that the robust sales Nintendo has seen from the 3DS will translate to other markets when it is exported.