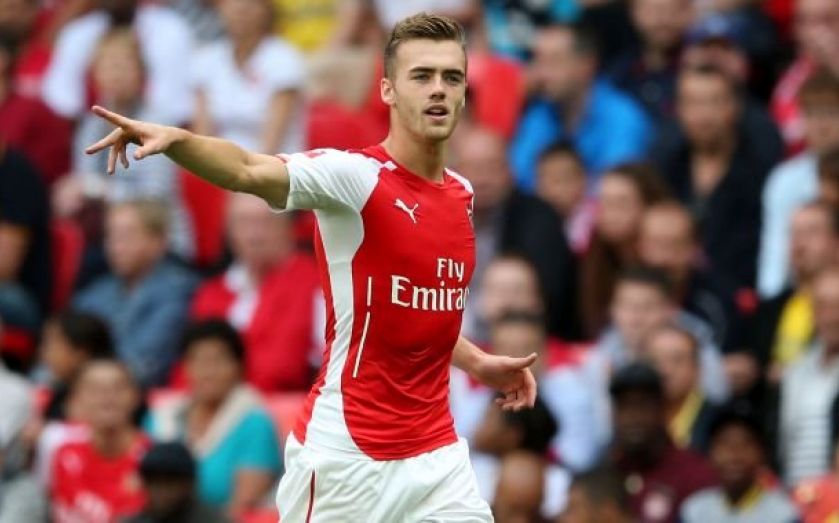 Roy Hodgson has named four uncapped players, including Arsenal’s Calum Chambers, in a youthful England squad for the forthcoming fixtures against Norway and Switzerland.

Alongside Chambers, Aston Villa’s Fabian Delph, Newcastle United’s Jack Colback and Tottenham’s Danny Rose have been called up to the national side for the first time.
England face Norway in a friendly at Wembley next Wednesday, before travelling to Basel to play Switzerland in their Euro 2016 qualifying opener on Monday 8 September.
Following the international retirements of veterans Steven Gerrard and Frank Lampard, the average age of the England squad has dropped from 26.3 at the World Cup to 25. No country at the tournament in Brazil had a squad with an average age of 25 or younger.
Unsurprisingly, the average number of caps in the squad has also fallen from 30.4 caps 17.9. The total number of international appearances within the squad has plummeted from 626 at the beginning of the World Cup to 393.
Hodgson referred to Colback, who joined Newcastle on a free transfer from Sunderland earlier this summer, as “the ginger Pirlo”.
The England manager said:

I spoke to someone who knows him well and he called him the ginger Pirlo and it would be nice if he turned out like that.
I was impressed with him last year and he has an awful lot to offer. He is a very talented player. Suddenly we have lost Steven Gerrard, Frank Lampard and Michael Carrick. Jack plays in a position where vacancies can quickly arise and we will see how he gets on.

Arsenal's 19-year-old defender Calum Chambers has impressed since his £16m switch from Southampton, having featured in all four of their competitive fixtures so far this season.
The youngster has 19 England U-19 caps, but has never featured for the U-21 team, with Hodgson admitting that a defensive injury crisis has fast-tracked his progression.
Hodgson said:

Chambers jumps over the Under-21s but with 10 injuries and six of them in the defensive part of the field I didn't have the luxury of saying he could start in the Under-21s.