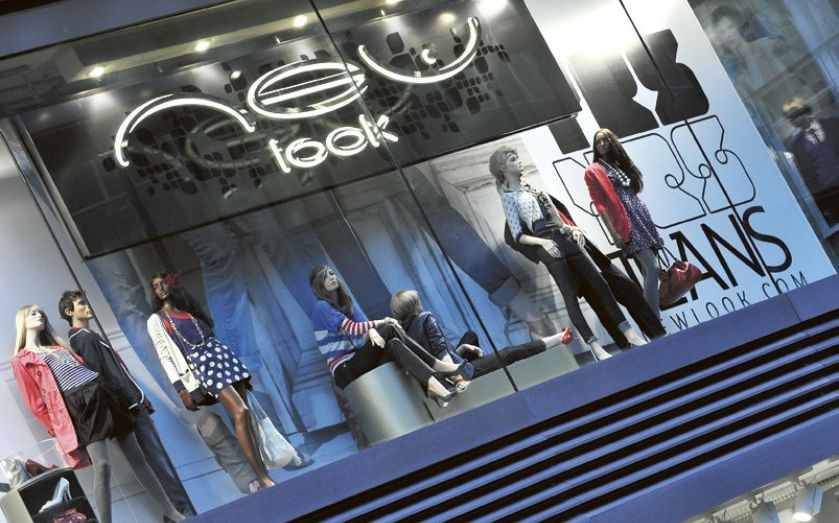 Core like-for-like sales were down 10.1 per cent, which the company blamed on lower footfall due to “highly unseasonable weather” and consumer uncertainty.

Earnings before interest, tax, depreciation and amortization were £23.5m, compared to £33m in the first quarter of the last financial year.

The fashion chain narrowed its losses from £15.5m to £2.7m in the first quarter as it began to feel the benefits of its restructuring plan.

Long-term debt shrunk from £1.35bn to £350m due to the debt restructuring process.

New Look struck a refinancing agreement to slash its debt in a deal that gave lender more control over the business. The debt for equity swap, completed in May, saw bondholders take control of 92 per cent of the company’s equity.

Despite the slump in sales in the first quarter, a trading update published alongside the results suggest it may not be all doom and gloom for the fast fashion retailer.

The company has seen improved trading performance in the eight weeks to 24 August, with like-for-like sales up 2.2 per cent.

Executive chairman Alistair McGeorge said: “A key focus during the first quarter was to conclude our comprehensive financial restructuring, which we successfully completed in May, securing the company’s long-term future.

“As we previously announced at our full-year results, first quarter trading was marked by continued consumer uncertainty and, being a seasonal business, we were clearly not immune from what has been the most unseasonable May and June on record, impacting footfall across the retail sector.

“Despite these challenges, we maintained good control of our stock, cash position and costs. I am pleased our recent trading shows that we have delivered positive LFL sales performance and we have outperformed the market according to the BRC2, which underlines our continued confidence.

“With our restructuring now complete, we have been able to start investing in our leadership and people, and I was delighted to welcome Nigel Oddy as Chief Operating Officer in April, in addition to four highly experienced Board members. Furthermore, we now have a Chief Customer Officer in place and have more changes to come.”