New campaign urges London’s drivers: switch off engines when parked to save lives 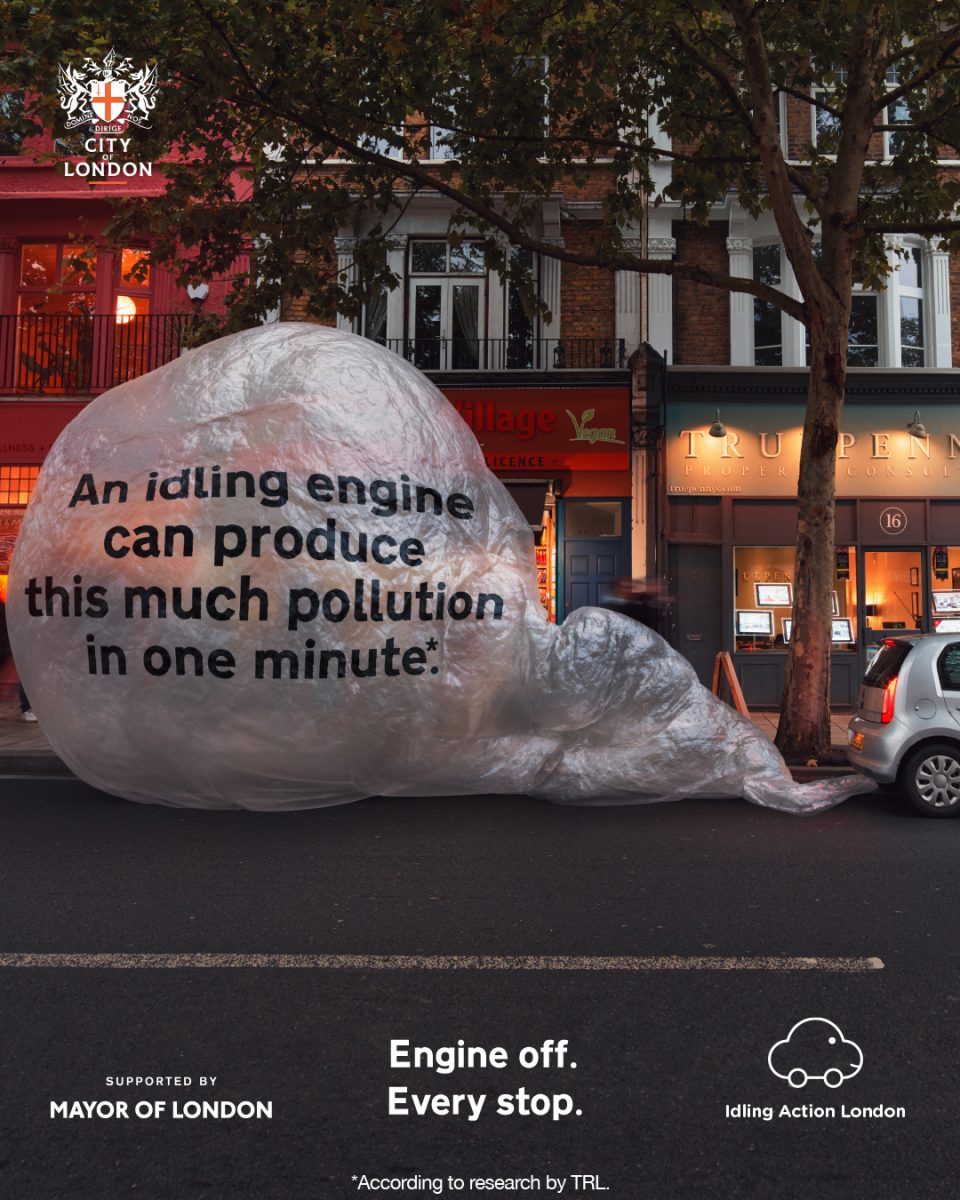 A new London-wide advertising campaign has launched today [22 February] encouraging drivers to turn off their engines when parked to cut air pollution.

Led by the City of London Corporation and Camden Council, and funded by the Mayor of London, the ‘Engine Off, Every Stop’ campaign features posters and billboards on roadside sites and petrol stations across the capital.

Drivers are also being reached with radio adverts, videos and social media, in a bid to change behaviour.

The four-week project highlights air pollution as an “invisible killer” and a dangerous daily reality for many Londoners.

During the current national lockdown, any journeys by motor vehicle are strongly discouraged, unless they are essential for work, business or other valid reasons such as shopping for essentials.

People with respiratory conditions, the elderly, pregnant women and children are particularly vulnerable.

It is estimated that every year more than 4,000 Londoners die prematurely from long-term exposure to air pollution*.

The campaign, which is expected to reach over 8 million people across the capital, is part of Idling Action London, which sees 30 London local authorities and the City of London Corporation joining forces to drive down toxic air.

“This campaign carries a very clear call to action for London’s drivers to safeguard public health.

“Air pollution is the largest environmental risk to public health with up to 36,000 people dying prematurely every year in the UK.

“Switching off when parked is one of the easiest ways to drive that number down.

“This simple change in behaviour will make a real positive difference. We need all of the capital’s drivers to play their part in ridding this city of toxic air and saving lives.”

“Engine idling is completely unnecessary and threatens the health of anyone close by. Air pollution is not just a central London problem, which is why I’m glad London boroughs have joined this call to promote ‘Engine Off, Every Stop’.

“Supporting boroughs through the Mayor’s Air Quality Fund is just one of the ways I’m working to improve London’s air, including cleaning up London’s buses, tackling air pollution around schools and, in October this year, expanding the Ultra Low Emission Zone up to the North and South Circular roads to cut pollution for millions more Londoners.”

“During the current lockdown, in which only essential journeys are allowed, lots of people have said just how much they enjoyed the quieter, low-traffic streets in London. We should learn from this and go further in protecting people’s health by cutting air pollution.

”This starts with cutting out avoidable pollution from engine idling. We are therefore calling on individuals and businesses to back our ‘Engine Off, Every Stop’ campaign and make a pledge to reduce emissions by avoiding engine idling wherever possible.”

As part of the campaign, the Idling Action London team will be running webinars for school children, residents, workers, and drivers to learn more about air pollution and how to tackle engine idling.

The Engine Off Every Stop launch event takes place as a ‘Call to Action’ webinar on 23rd February at 4-5pm where residents, businesses, and community groups can find out how they can get involved with the month long campaign and to showcase what our project partners have been doing to tackle idling. Register on Eventbrite here – https://www.eventbrite.co.uk/e/engines-off-every-stop-launch-tickets-140263314349

Businesses, residents, schools, and community groups can get involved by signing the Engines Off pledge and using free toolkits and other resources which provide easy and practical steps to tackling idling engines.

For more information about how to get involved, head to our website www.idlingaction.london

Watch the “Engine Off Every Stop” film here : https://youtu.be/-sCXaziyWnw