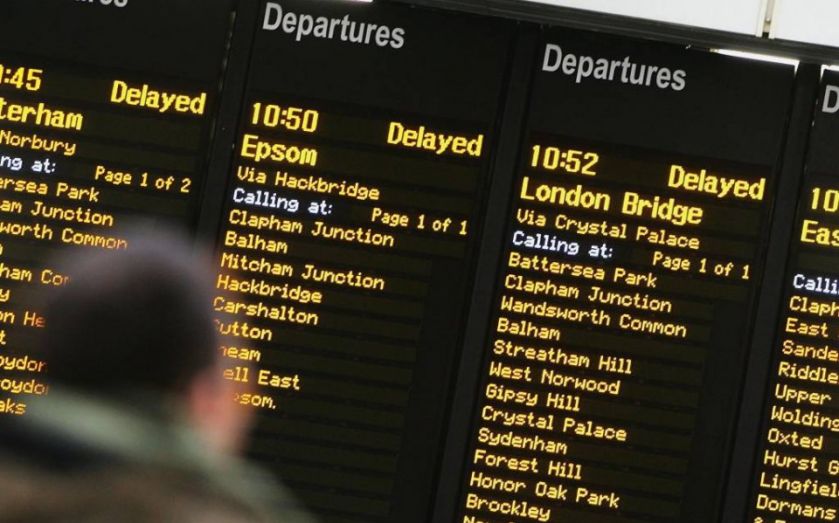 Network Rail has been fined £2m by the rail watchdog over chaos at London Bridge station which caused misery for thousands of commuters earlier this year.

An investigation into Network Rail's performance by the Office of Rail and Road found that while there was no systematic weakness at the firm causing the failings, it did not do everything "reasonably practicable" to deliver reliable and punctual services on Southern and Thameslink.

"These serious issues have caused severe disruption and frustration for passengers, most notably affecting services at and around London Bridge. ORR is therefore imposing a £2m fine on Network Rail – a decision we did not take lightly," said ORR chief executive Richard Price.

"The scale of the delays suffered by passengers was central to our decision to fine. The penalty sends a clear message to the Network Rail Board; Network Rail must urgently rectify these errors and deliver the reliability of services that passengers have paid for," he said.

The ORR has told Network Rail that it can offer reparations to passengers who were affected, instead of paying the fine. That means spending the cash on improving customer service.

Highlighting the findings, the ORR said:

There were serious weaknesses in the data which informed the new timetables. For example, a number of the timetable modelling assumptions made were incorrect as they were based on flawed data.

These issues resulted in very severe disruptions and frustrations for passengers using London Bridge station. The company failed to engage adequately with the train operators to understand what impact the new timetables would have on their passengers and services.

Network Rail said that it has invested more than £11m improving the performance of trains for Southern and Thameslink passengers.

"This investment, which has seen the introduction of a revised timetable, improved equipment, the deployment of rapid-response maintenance teams at London Bridge as well as new information screens and better passenger information, is paying dividends and passenger service reliability has now improved by almost 12 per cent since January," said Network Rail managing director Phil Hufton.

“While the nuts and bolts of our infrastructure are the most reliable they’ve even been, severe congestion caused by record numbers of trains and passengers makes delivering a consistently reliable service a daily challenge for ourselves and the train operators. At London Bridge we are undertaking the biggest and most complex station and track redevelopment ever attempted on Britain’s railways – while simultaneously continuing to keep services running. As we are now a public sector organisation, the fine must come from within our existing budget and will mean a reallocation of existing resources to pay it.”