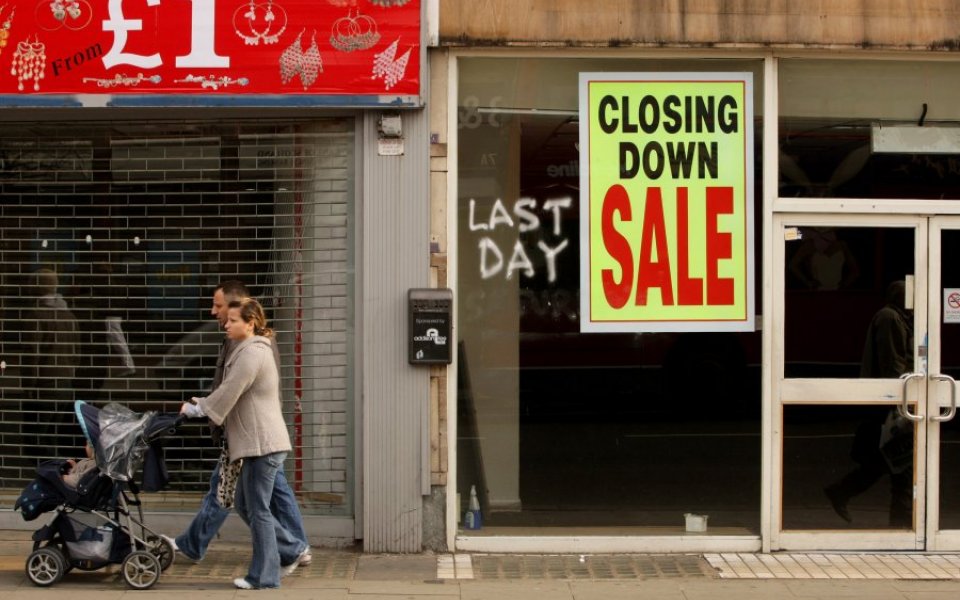 Nearly five per cent of Britain’s town and city centre shops have remained empty for more than three years, new research shows, in a stark reminder of the challenges still facing the high street.

The number of empty shops dropped to its lowest level in six years in January, down 12.5 per cent year-on-year, according to figures released by the Local Data Company.

But while the overall vacancy rate improved, the number of shops left empty for more than three years has surged by a quarter in the year to January, suggesting the once empty, many of these shops become harder to let.

The north east and north of England as well as Scotland are among the hardest hit, signalling a clear north south divide.

LDC chief executive Matthew Hopkinson said: “The area of concern is that the number of units that have been vacant for more than three years has increased by 26 per cent in the last year to over 12,000 which equates to six Manchester’s lying empty!”

“So whilst we have seen some positive signs at the start of 2016 for the ‘high street’, we cannot shy away from the vast numbers of empty shops that are never likely to be reoccupied again,” he added.

Hopkinson said: “These are encouraging numbers for the very reason that January has seen a net increase in the occupation of shops rather than the removal of empty shops from the overall stock."

"The fact that interest rates do not look like they will increase in 2016, oil prices are set to remain low for the very long term and that employment and incomes are rising albeit slowly means good news for retailers as consumers will continue to spend, be it online, in-store or both."