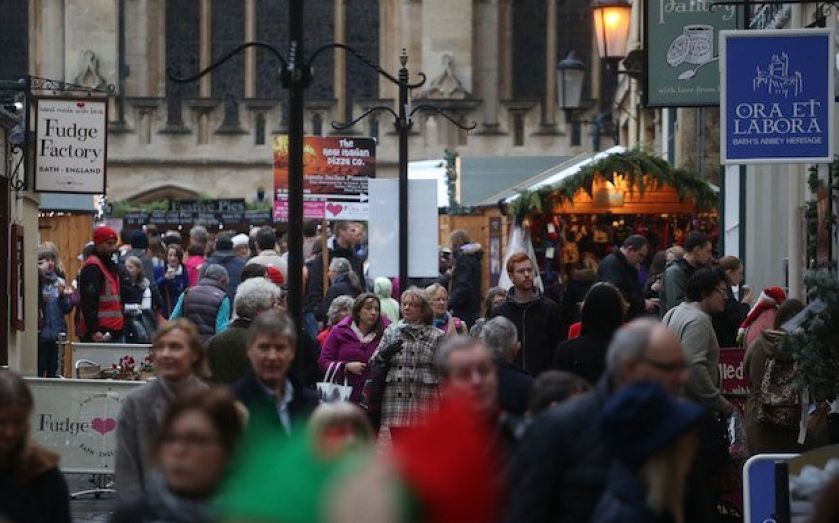 IF THOMAS Hobbes found himself walking down City streets today, he wouldn’t blink an eye. Business life seems to be getting increasingly short and rather nasty. Due to the accelerating rate of technological change, some economists believe we are heading toward a “winner takes all” era of unprecedented competition, enabled by an enormous number of smart devices communicating vast amounts of information.

As part of our research and advisory work with family companies, we track the forces affecting business everywhere, and the evidence suggests it is in for a cold shower. Businesses have never lived long. In the US, 50 per cent of firms started today will be dead within five years, 25 per cent will last a decade and only 16 per cent will survive a generation. Family-owned businesses live twice as long, but not that long. Look at the longevity of high-performing businesses and you get a similar picture. The US’s best performing companies in 1970 lived, on average, only 32 years. A high performer founded in the 1950s would have lived 53 years. In 2010, a top 500 US firm was expected to live just 17 years.

But business life will only get shorter and more brutish. Future challenges will get harder, there will be more of them, and meeting them will get more expensive, because all companies exist in a technological vortex where changes are happening faster.

Take 64-bit mobile computing. It didn’t exist until September 2013, when Apple launched the iPhone 5S, even though the first 64-bit supercomputer was invented in 1975. 64-bit computing matters because of its 4GB memory capacity. For servers that process all our smartphoning, 64-bit chips are “crucial, because those machines often need gobs of memory for running many tasks simultaneously,” says CNET’s Stephen Shankland. Today, only 2 per cent of all mobiles use this technology. By 2020, all mobiles will be smartphones and all will be 64-bit. The change that took the PC world a generation will happen in the mobile computing world in seven or eight years.

Today, we move eight zettabytes of data worldwide annually, equal to 80 300-page books per second per person for everyone on earth, up from two such books per second in January 2007. By 2020, we will move over 300 zettabytes annually. We are on the edge of the Internet of Things: the networked world of devices talking to one another. Mark Andreessen, Netscape’s founder, says we are rapidly approaching a world of 6 to 8bn handheld, worn or implanted miniature supercomputers, connected and communicating almost unimaginable volumes of information.

It is mind-boggling to envision how companies will be able to keep up with the accelerating rate of change. Nest, recently bought by Google for $3.1bn, makes smart devices that will be at the endpoints of this vast data network. Will Google be agile enough for Nest to succeed, and will Nest be sprightly enough to keep pace with the ever-expanding Internet of Things? Will we even remember Nest in five years’ time?

The cycle of “creative destruction,” first identified in 1943 by economist Joseph Schumpeter, is intensifying. Schumpeter believed that industries and companies form, prosper, and then perish.

Do industries perish? Forbes developed a list of the 100 largest US companies for the first time in 1917. Forbes compared the original list with its 1987 version 70 years later. Only 18 companies remained on the 1987 list from the original, 61 ceased to exist, and 21 had sunk in relative value. Since 1987, seven more firms have been acquired or gone bankrupt. Only one – GE – is still in existence with above market returns. In 95 years, 99 of the leading 100 companies went out of business or fell by the wayside.

It’s also harder for the wealthiest families to stay on top, meaning that wealth (from investments in business) is also transient. Of the 100 wealthiest families in 1985 on Forbes’s list of 400 Richest Americans, 13 remained on the list in 2013. Only six of those 13 families were able to outperform the S&P average.

Companies can adapt by shrinking or selling businesses in decline, growing other businesses and changing business lines. But most are single business ventures in industries that don’t significantly change. Most firms in these situations don’t diversify. This, more than anything else, explains the nasty, brutish and short lives of all companies.

No pessimist should be surprised that Schumpeter’s creative destruction process continues unchecked. But even Hobbes would be astonished by the rate of change and the “winner takes all” competition that we’ll experience over the next six years. Walk faster, Hobbes.

Tom Steiner is managing partner of Baldwin Bell Green. John Davis is a professor at Harvard Business School, and founder and chairman of Cambridge Advisors to Family Enterprise.