My dream London day: Chef Shaun Rankin on the joys of Mayfair 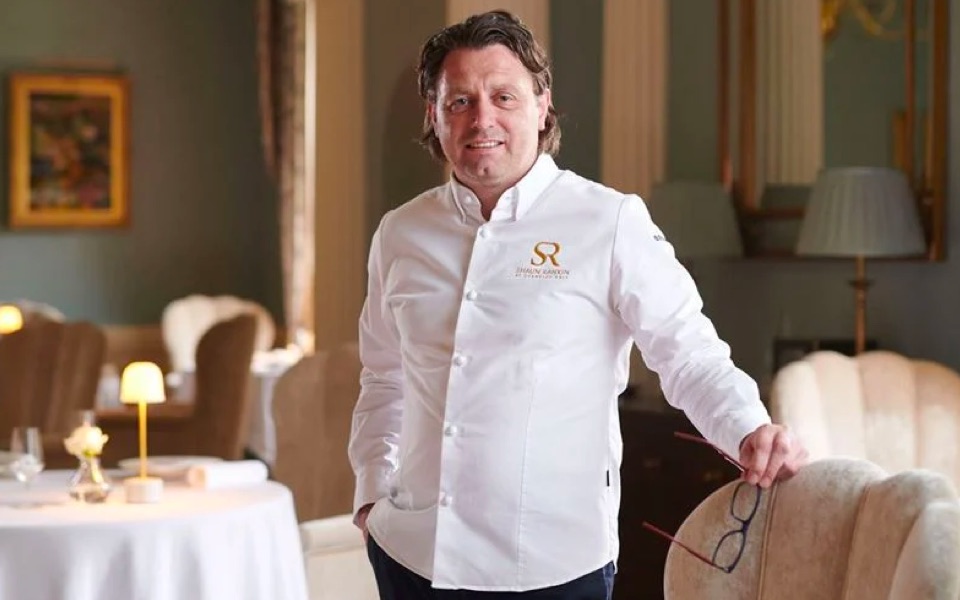 For the first in a new series of articles looking forward to London reopening, we spoke to one of the countruy’s top chefs about how he plans to spend his dream day mosying around the maze-like streets of Mayfair.

For my dream day, I would head straight to Mayfair, where  I cut my teeth aged 17. When I was just a boy, I left the North of England and landed my first ever job in the prestigious Mayfair Hotel as an apprentice chef. At that point in my life, at that age, I honestly didn’t even know what an artichoke looked like, but I fell in love with the city, especially Mayfair with its beautiful maze-like streets, unique shops, restaurants and socialising destinations.

A few years and lots of practice later, I was lucky enough to open my first ever London restaurant called Ormer Mayfair, it was located in the fabulous Flemings Hotel, where I created a playful menu using classical techniques, but with exciting flavour combinations, full of variations of texture and temperature across the board. I look back now and think just how brave I was to create such a menu like this in the heart of London, but now I realise how much work had been done to achieve this and I could not be prouder of where the restaurant is today.

So where to go first on my dream day in London? I would head to Queens of Mayfair, an artisan coffee shop and events space. I have no idea how this place hasn’t become more victorious, if you’ll excuse the pun. Victoria and her sister have created the most amazing place, open all day for breakfast lunch, snacks afternoon tea then late for cocktails, drinks, and snacks. I have been waiting in anticipation to visit this place and after so many lockdowns. I would love to sit in the window, looking out onto the streets of Mayfair, drinking the award winning V60 cup of excellent Ethiopian 2020 coffee for a cool £50. I know it sounds extreme but hey why the hell not! I want to see what you get for 50 quid.

Next, I would walk over to my friend’s wine bar in Shoreditch, called – you guessed it – the Shoreditch Wine Bar. Anything these guys do not know about wine isn’t worth knowing. The team leaders were two fantastic people called Ben and Andrea, who later opened the small wine bar in Shepherd’s Market, which had a fabulous following, and I was one of those people who just fell in love with the place. They now have a fabulous and extensive wine list from all over the world, enough to keep any wine buff happy. I cannot imagine anything better right now than spending the afternoon catching up with old friends, sampling fantastic wines by the glass with artisan cheese and charcuterie.

Read more: What will we wear to work after Covid? We ask the experts

Next on the list would be the bright lights of Piccadilly, tucked away behind Regent Street on Swallow Street, where my good friend and chef Richard Corrigan has been running Bentleys Oyster bar and Grill since 2005. The place has been going since 1916 and is steeped with history. It is one of London’s most iconic restaurants, and what better way to start the evening than with some fresh oysters. I love just sitting at the bar to people watch. On the menu, there is always such a great choice, but you will probably find me slurping down the Royal Bay Oyster from Jersey; they say it’s like kissing the sea, and I completely agree! I have those with some Irish sourdough and a nice glass of champagne.

Now where for dinner? London is one of the world’s gastronomic destinations and it has much to offer the foodie, from the best sushi, vegetarian, French and Spanish. You name, it’s here. But tonight I am staying very close to home. Drum roll please… and yes it needs a drum roll! one of Britain’s best talents was awarded three stars in this year’s Michelin guide so I have reserved a table at CORE by Clare Smyth. Over the years I have been fortunate enough to be involved with MasterChef and other TV programs and it’s always been a real pleasure to enjoy the company of Clare whilst filming so I’m doubly excited to try her new venture.

Finally on my bucket list for a dream London evening, I would treat myself to a night’ stay at one of the amazing apartments at the Flemings Hotel on Half Moon Street, one of London’s few remaining privately owned hotels, run by one of the city’s greatest General Managers, Mr Henrik Muehle. These apartments have been extensively refurbished over the years with their own private entrance and all the fancy mod cons. They really are a home from home and they even come with their own Gin Bar. They they had me at Gin – who wouldn’t want to stay here?