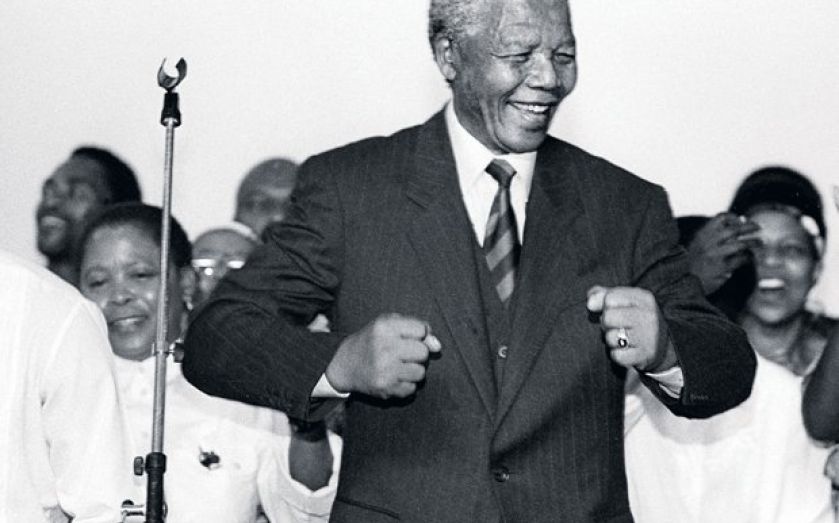 ONE OF my earliest memories is of a primary teacher encouraging my class to pray every day for the release of Nelson Mandela. “Your prayers will pile up like leaves, until their weight forces open his prison.” That would have been in the early 1980s, by which time Mandela had already spent two decades in prison – it took nearly 10 more years, and more prayers than mine, for Mandela to walk free.

He walks into my memory again in February 1990, as I’m sure he does for so many of us, watching the television for the moment of his release: the empty road, the wait, and then the small figure in a grey suit, holding his wife’s hand, soon almost lost in the crowd.

He had lived for decades as a hidden icon, a blank space onto which his supporters and his enemies could project only their own misreadings. No one knew, then, what sort of man had come out of the gruelling years of labour on Robben Island. But Mandela proved himself not merely hardened, but transmuted, as if the prayers of the world had served to liberate the man himself from the temptations of revenge. He famously recited the poem Invictus to lighten his imprisonment. That lyric boasts of an unconquerable soul, and Mandela emerged into the light unbowed, ready to lead South Africa away from its bloody past into a new democratic age.

It is for his feats in the years that followed that Mandela deserves to be remembered most. Having negotiated an end to apartheid, and been elected as South Africa’s first black president, Mandela showed momentous grace in leading a government of national reconciliation. And escaping the socialism that characterised his early political life, he presided over an economy free enough to begin the great task of reconstruction.

Above all, President Mandela led by example, showing a people riven by hatred, raised in the shadow of a monstrous crime, how to rediscover their common humanity. He helped to create a rainbow nation where it seemed impossible. Iconic gestures spoke louder than words, such as appearing in the Springboks jersey, a symbol once reserved for the white ruling class, to present the 1995 rugby world cup to the South African captain Francois Pienaar. In his passing, Mandela leaves a final landmark on our memories. The loss is South Africa’s, but the world mourns. His heroic struggle to master his fate and captain his nation’s soul revealed in the end a blend of courage and generosity of spirit that few have equalled.