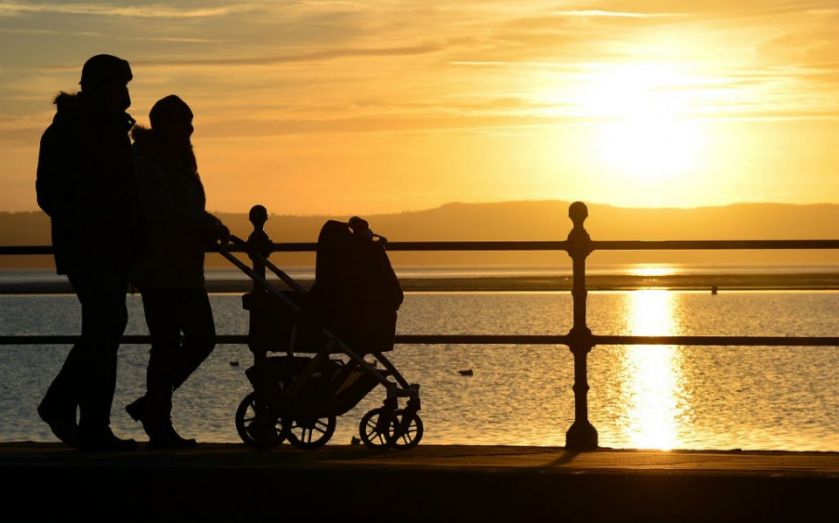 Mothercare improved sales at home and abroad in the fourth quarter, but currency headwinds are still blowing.

In the UK sales inched up 1.5 per cent on the same period last year, a turnaround from consecutive declines in previous quarters and like-for-like sales were up 5.1 per cent after a 4.5 per cent reduction on space as it closes stores. Meanwhile, online sales rocketed 31.8 per cent for the 11 weeks to the end of March.

International sales were up 11.4 per cent on the same period last year in constant currencies, tempered by currency headwinds which reduced sales to 5.5 per cent on an actual currency basis.

Shares in Mothercare had a growth spurt in early trading – up more than four per cent as markets opened.

Mothercare boss Mark Newton-Jones has notched up a year in the job after being parachuted in as a replacement for Simon Calver in a bid to overhaul the loss-making high street retailer.

Newton-Jones' mission to kickstart a turnaround is starting to take hold. As well as putting together a turnaround plan to "fix the basics", he fended off potential takeover bids from US rival Destination Maternity last year.

Despite increasing competition from supermarkets muscling in on the kidswear sector, and overall challenges in retail sales, Mothercare managed to narrowed losses in the first half, giving hope to investors that overhauling the high street stalwart is possible.

"The final quarter is in line with our plan," said Newton-Jones. "In the UK our strategy of reducing promotional and discount activity and returning to being a full price retailer has continued to stabilise margin.

"By restricting discount periods we produced a stronger end of season sale with improved sell through rates as a result. Like-for-like and online sales have also benefitted from this approach along with the initiatives to improve product and service put in place during the year. In International, the underlying businesses remain robust but economic pressures have affected sales."

It's still early days for Mothercare, which has a lot to do if it is to modernise sufficiently.

Online growth, including mobile and click and collect services, is a standout which is promising for a retailer wanting to move with the times, however the brand's performance internationally continues to be susceptible to wider global economic and currency volatility.