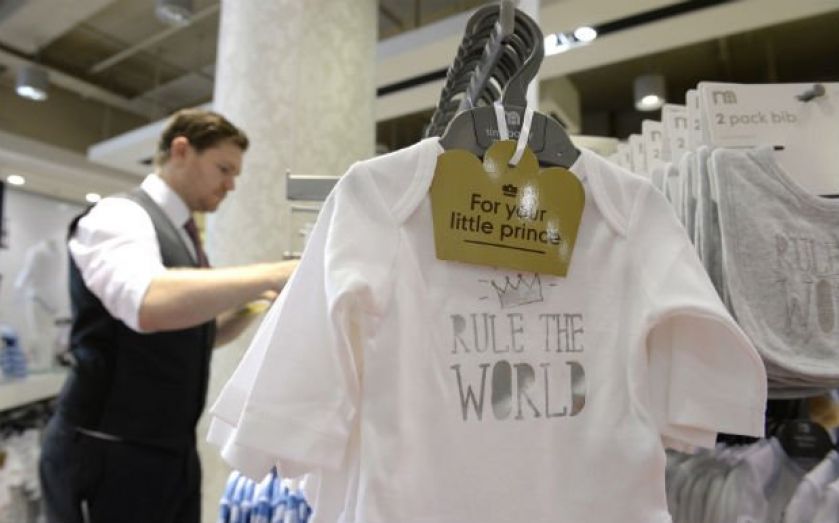 Mothercare’s share price has taken a tumble this morning after a takeover bid by US chain Destination Maternity was ruled out.

Shares opened 11 per cent down after the struggling babywear retailer said it was now “fully focused on the company's plan to turnaround the UK business and to continue its strong international growth. The board remains confident in the ongoing execution of Mothercare's strategy as an independent company.”

The turnaround plan will be spearheaded by chief executive Mark Newton-Jones who is now fully on board as a replacement for Simon Calver who departed in February after poor trading performance.

The high street chain brushed off two bids from the US firm which said it was disappointed that it was not supported by Mothercare’s shareholders or board.

"We are disappointed that the shareholders of Mothercare have not supported our proposal and that the board of Mothercare was unwilling to allow us to conduct customary due diligence and engage in discussions with us regarding our proposal… We believe that Destination Maternity's management expertise and strong maternity apparel offering would have provided an attractive enhancement to the Mothercare UK turnaround plan.”

Cantor analyst Mike Dennis said if the due diligence had been permitted, a revised bid would have been lower rather than higher and pointed the lack of international growth potential and that any bid was “a significant risk” considering the retailers losses.

“…the list of issues around the circa £20m loss making UK Mothercare operations we believe are worth reiterating; very low store sales densities, lack of branded clothes, limited penetration in clothing for older children, low gross margin in baby equipment, high rental costs, lack of cash to exit leases early and a falling gross margin due to a reduction in buying power with suppliers, we also believe there is limited growth potential in International.”

Destination Maternity itself issued it own profit warning less than three weeks ago.

Mothercare has not been buoyed either by the fact that finance director Matt Smith has jumped ship to another troubled retailer- this time Debenhams.