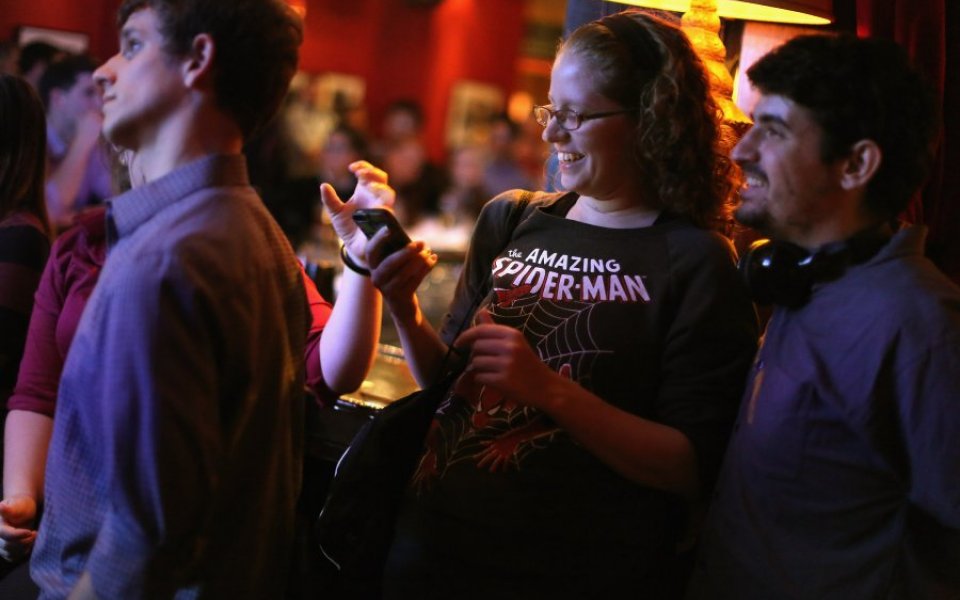 Forgetful revellers leave behind over 130,000 phones and laptops in UK bars every year, new research has found – and with the Christmas party season upon us, these figures are set to soar.

Even more worryingly, more than half of these devices have no security settings installed, meaning that their contents are open to anyone who stumbles across them – and the study suggests that, given the chance, most people are happy to pry.

Security expert Eset warns our forgetfulness exposes us to both privacy and security issues, as it found 64 per cent of the phones left behind in bars are unsecured.

“As our laptops and mobile phones begin to carry more and more sensitive information and are linked to bank and work accounts there is a greater need to protect them,” said Eset security specialist Mark James.

Eset polled 600 bars across the UK to find the number of devices left behind ever year, and found that on average, 12 phones or laptops are forgotten in every bar.

Although the company hasn’t broken down figures by month, it warns that during the festive season the number of forgotten devices is expected to soar, as more people bring their phones or laptops along to the office party.

Some 83 per cent of these lost devices eventually find their way back to their owners, but not before the finders have a little fun with them. Some 60 per cent of bar staff polled admitted they would browse through the contents of a phone or laptop if it happened to be unlocked:

What people need to start asking themselves is—could any of the data held on my mobile or laptop compromise me either personally or professionally if it fell into the wrong hands? If the answer is ‘yes’, which I expect it will be, then security on your device must be a priority, not an afterthought.