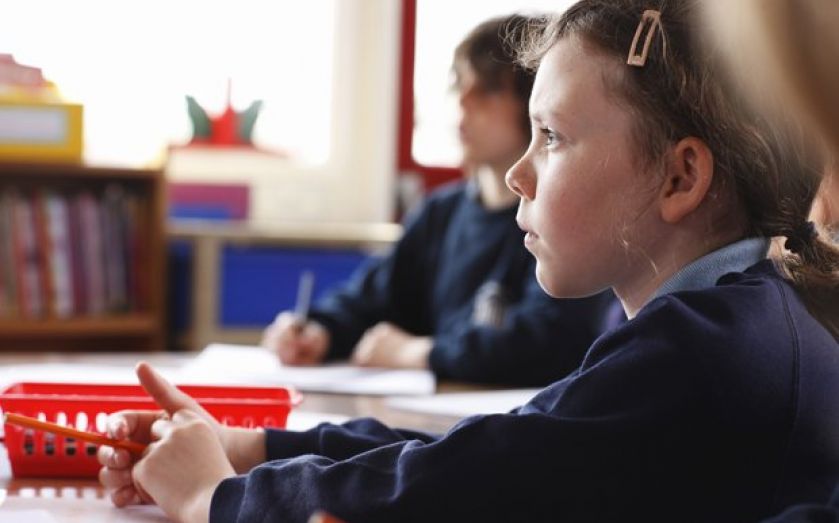 VIETNAM, Poland and South Korea are among the countries ranked higher than the UK in a major survey of the world’s education systems, released by the Organisation for Economic Co-operation and Development (OECD) yesterday.

Out of 65 countries, the UK  ranks just 26th in maths and 23rd in reading. In science the UK managed 21st place, the only discipline in which Britain is above average. In previous years, the UK has been ranked in the top 20 countries for at least one subject. The poor performance comes despite education spending in the UK being higher than the OECD average, with $98,023 (£59,715) spent on each child between the age of six and 15. The typical level for the industrial democracies in the group is $83,382. 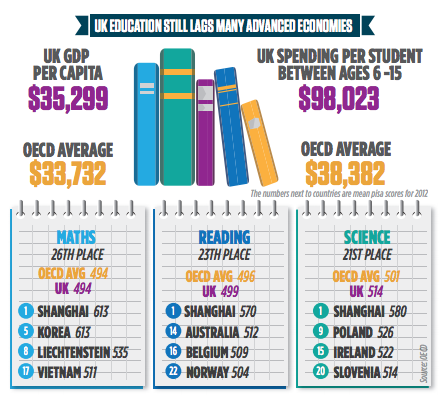 The UK is also home to a startling gender gap: in science, male pupils outperform female pupils by 13 points, while the gap is only one point in favour of boys in the OECD generally.

Despite the unimpressive result for the UK, countries like France, Ireland and New Zealand get broadly similar results. The top of the table is dominated by east Asian countries, with ranked highest in each discipline. Singapore, Hong Kong, South Korea and Japan follow, with small numbers of low-achievers.

Luke Johnson, the entrepreneur behind the UK expansion of Pizza Express added his own suggestions for the UK’s education system: “A longer school year would be a good idea, as would better teachers – I admire the Teach First programme, which needs expanding.”

“We need more practical education in technology at all levels, it is vital for everyone in nearly all careers to be tech-savvy,” he added.