Monica Seles: "I really don't care about my legacy. I care about the present and being a good person." 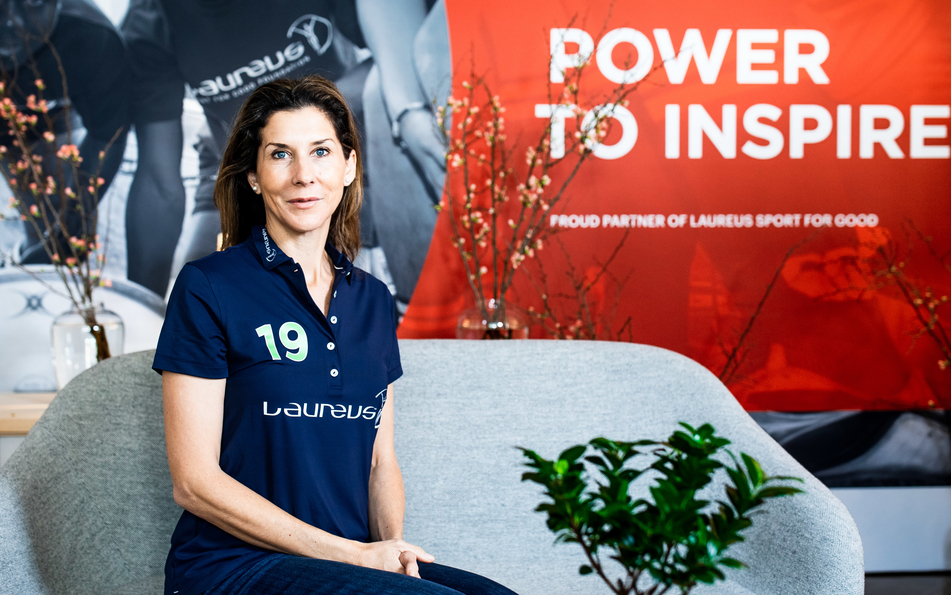 “I really don’t reflect. I kind of stay in the moment,” says Monica Seles. It seems a remarkable sentiment for someone with such a glorious career to look back on, but then the past is a complicated place for the 45-year-old Tennis Hall of Famer.

Even in sport’s vivid canon, few stories can touch that of Seles for emotional heft. A grand slam winner by the age of 16 and world No1 just a few months later, the gutsy girl from war-torn Yugoslavia was virtually unbeatable for a two-year spell.

A nine-inch kitchen knife halted her reign. In April 1993, while she sat on court during a break in a match in Hamburg, an obsessive fan of her German rival, Steffi Graf, plunged the weapon into her back. The attack horrified the world. Seles was just 19.

While in hospital, Seles learned her father Karolj had been diagnosed with terminal cancer. The cumulative trauma triggered an eating disorder that would last a decade. She resumed tennis more than two years after her stabbing and won a ninth grand slam, but her dominance was over.

“I really don’t think back to that day, because I moved so far from it and it was so long ago,” she says of the attack. “It obviously had a huge impact on my career but I really don’t look at my legacy, don’t care about that stuff.”

Overcoming adversity has been a theme for Seles since her upbringing in what is now Serbia, where her childhood love of tennis was initially discouraged because she was a girl. “They wouldn’t even let me on a court,” she says. “I learned to play tennis on a parking lot.”

At 13 she was recruited to Nick Bollettieri’s tennis academy in Florida, where she trained alongside future world No1s Andre Agassi and Jim Courier. It was an honour but also a wrench. Separated from her parents for the first time, she was allowed just one call home each month.

Seles poured everything into tennis and it quickly paid off. She turned professional in February 1989, two months after her 15th birthday, won a first title in the April and reached the French Open semi-finals in June. By the end of the year she was world No6.

“It’s like a twilight zone that you enter,” says Seles, who became an American citizen in 1994.

“As soon as I entered the tour I started doing very well. Everything kept going so fast, so you had to learn as you went along. There was no blueprint to follow or nobody I could call. As I like to say, you’re a corporation at a very young age. You start employing people, yet you’re a teenager.”

It’s easy to forget just how good Seles was. At her peak, between January 1991 and February 1993, she won six of the seven grand slam events that she played and reached the final in 33 of her 34 tournaments, winning 22. Her win rate was a staggering 92.9 per cent.

Then the stabbing. Had the blade entered 1cm to the left, she would have been paralysed for life. Seles brings up the attack within 40 seconds of our conversation but it becomes clear she would rather leave it in the past – even if, it seems, that means diluting happier memories.

“I’ve had two or three different careers – before my stabbing, after my stabbing,” she says. “I don’t think I let it define me, you know, who I am, and really not even tennis define [me] as an individual. I care about the present, being a good person. I’m very happy I decided to come back and didn’t let one individual take away the love I have for the sport.”

Unwelcome memories of her ordeal intruded two years ago when a star of the current women’s game, Petra Kvitova, suffered nerve and tendon damage to her favoured left hand while trying to fight off a knife-wielding intruder at her home in the Czech Republic.

“It was just heartbreaking, a shock to everybody,” says Seles. “Mine was at work, hers was at home – these are two environments that you should be safe. Something like that changes [you], because you’re supposed to feel safe.”

Seles is a firm fan of Kvitova – “I always like lefties, because we view the game very differently” – although they only met for the first time at Wimbledon last year. Perhaps surprisingly – not least, given some recent comments from Kvitova – Seles says they did not delve deeply into their unique common ground.

“I really don’t know what she went through and I didn’t want to bring it up and ask in a social setting,” she says.

“She’s just so nice, so down to earth. I’m like ‘gosh, why does it happen to, like, nice people?’. But I think, again, that she was able to come back and was this close to winning her first grand slam after the knife attack [Kvitova made the final of this year’s Australian Open] has to be a very satisfying feeling that she didn’t let one person change [her].”

Seles has been selective about her commitments since effectively retiring in 2003. She enjoys writing; her 2009 memoir detailed her battle with binge eating and depression, while she has since co-authored a series of children’s books set in a fictional tennis academy.

We meet in Monaco where she is representing Laureus, the global foundation whose backers include Richemont, Daimler, IWC Schaffhausen and, since last year, international bank MUFG.

As a member of the Laureus Academy, Seles is here to present the sportsman of the year prize to fellow Serb Novak Djokovic at their glitzy awards ceremony, although she is equally at home with one of the foundation’s charitable projects.

“If I can inspire some young girl’s life, whatever sport that she likes, because you can’t force…” she begins, before her mind flits back to her own formative years. “My dad wanted me to be a track and field athlete. I hated it, and I’m so thankful that he realised.”

Tennis has changed markedly since her era. Players turn pro older – while Seles started very young and some contemporaries, such as Jennifer Capriati and Mary Joe Fernandez, younger still, at 13 – only three of the current women’s top 10 are under 25 and none are teenagers.

She believes that is a good thing, as are weaker draws caused by multiple concurrent events and more realistic expectations for even the top players.

“If you didn’t get to the semi-finals every single week you felt like ‘ah’…” she says, grimacing for effect. “Now you win a tournament but don’t play great tennis for eight months, it’s still good.”

Seles considers herself lucky to have received a range of endorsements – Fila, Prince and Nike – unavailable to her predecessors that topped up her $15m career prize money. “The two generations after me, even luckier – and the current ones, even luckier,” she says.

But she does not envy the unforgiving glare of social media. “If you’re out and do something silly, because you won the tournament and you’re a teenager, it’s going to be magnified. Before maybe somebody would write something but it wouldn’t be sent out to 10m Twitter followers.”

Seles would have every reason to nurse a grievance. Her attacker avoided jail on psychiatric grounds, while her attempts to sue German tennis chiefs for the security lapse failed. “It didn’t feel like justice,” she said in 2009.

But for her attack, she might have matched Graf’s 22 grand slam singles titles – an Open Era record only eclipsed in 2017 by Serena Williams. Yet she remains magnanimous about her level of recognition – “Every generation has its superstars” – and reserves special praise for 37-year-old Serena.

“What Serena has done with the longevity of playing, taking time away from the sport, coming back and winning the majority of her grand slams later on in her career has been so impressive,” says Seles. “That after having a daughter she still wants to go back on tour… I have so much respect, because you’ve got to put in the work.”

Through everything – fairytale rise, personal tragedies, comeback and retirement – Seles has preserved her childlike enthusiasm for tennis. It is testament to a grace and resilience, and the cornerstone of the advice she now dispenses to wannabe Monicas, Martinas and Serenas.

“I always say to young ladies: ‘The sport is too hard if you don’t love it,” she says. “Make sure you love the sport and the day-to-day practice and regiment that it takes. Otherwise, it’s going to break you sooner or later, and that’s a tough one.’”