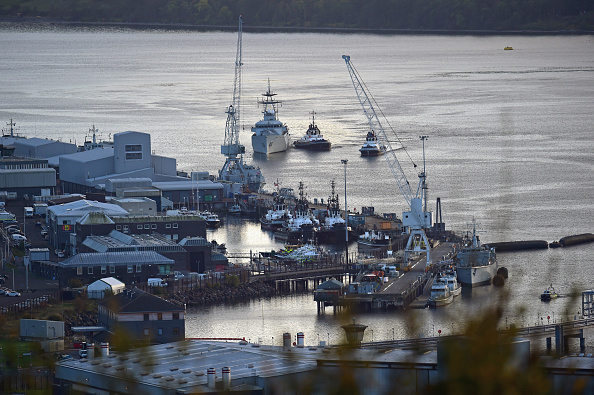 Three infrastructure projects which are together critical to the UK’s nuclear deterrent are set for delays of up to six years due to the Ministry of Defence’s (MoD) “poor management.”

According to a new report from the National Audit Office (NAO), the projects will be delivered between 1.7 and 6.3 years late, at an additional cost of £1.4bn.

The three projects, which were initially estimated to cost £2.5bn, are crucial to maintain the network which keeps the UK’s continuous-at-sea nuclear deterrent running.

The delayed projects include Mensa, a nuclear warhead assembly facility worth £1.8bn, at the Atomic Weapons Establishment (AWE) site near Reading.

Also affected are core production capability facilities valued at £474m at a Rolls-Royce site in Derby, as well as a primary build facility at BAE Systems dockyard at Barrow-in-Furness, worth £240m.

The NAO said that while progress on the projects had been made, with some construction now complete, “problems in the earlier and riskier stages of these projects have caused delays and cost increases.”

It estimated that £647m of the extra cost was a result of the fact that construction starting before the requirements or designs were fully developed.

Gareth Davies, head of the NAO, said the MoD had failed to learn the lessons from other UK nuclear projects:

“While these infrastructure projects are complex, the MoD has encountered similar challenges before in its nuclear work”, he said.

He added: “Although it has recently introduced changes to enhance its oversight of the projects and improve its contracts with suppliers, it should have learnt earlier from past mistakes and the experience of others in the nuclear sector.

“Instead, the MoD’s failure to mitigate commercial and delivery risks early on has led to project delays and cost increases, as well as impacting its wider work.”

The government department faced similar challenges in the 1980s and 1990s, as well as with civil nuclear projects such as Sellafield.

Due to the way the MoD manages its contracts, it will foot the bill for the cost increases, not its contractors.

A MoD spokesperson said: “As the National Audit Office has acknowledged, nuclear infrastructure projects are often large and complex with niche designs.

“We are carefully examining the conclusions in their report and will respond formally in due course.

“We are committed to strengthening the management of nuclear programmes, including investing significantly in infrastructure and working closely with regulators and industry partners.”