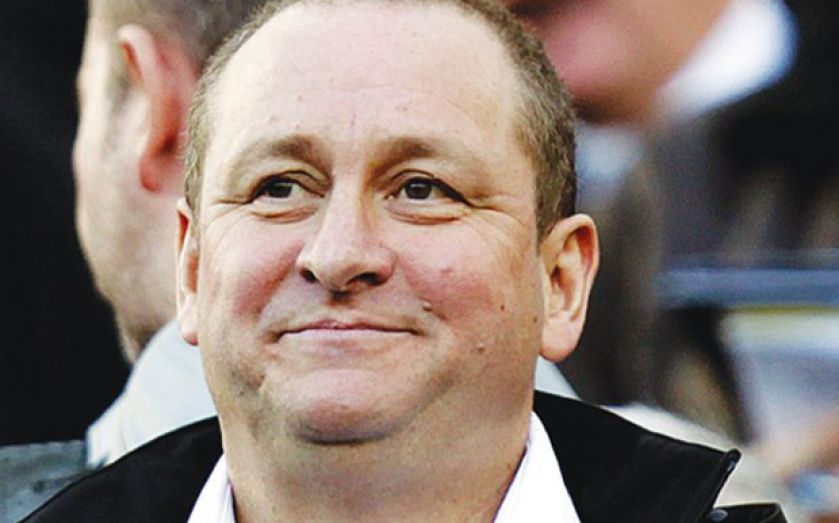 Retail tycoon Mike Ashley has bought five per cent of Scottish football club Glasgow Rangers as part of a move to oust the chief executive and a director from the board.

Ashley, who owns Newcastle United and has made a series of investments in recent weeks including buying shares in Tesco and Debenhams, took the £4.27m stake through his MASH Holdings, making him the sixth biggest shareholder.
Rangers this morning revealed that, as part of the investment, Ashley has called for a general meeting to discuss “the removal of Graham Wallace and Philip Nash as directors of the company”.
But the board of the football club has said it was “united in its support of the executive team”.
It is seeking to have the request withdrawn, citing “the cost and disruption of an ad hoc general meeting”. If it is not withdrawn, it will urge shareholders to vote against the proposed resolutions.
Ashley publicly noted he would not be participating in Rangers' £3m share issue last month.
Rangers' share price rose 2.3 per cent this morning. In the last year it has fallen more than 52 per cent.
The Scottish football club has suffered from financial troubles in the last few years, entering administration in February 2012 before being liquidated later that year. It resurfaced in the third division of the Scottish League, and now operates under the name Rangers International Football Club.
The funds raised from the share issue is being used to rebuild the club, with the aim of returning it to the "top of the domestic game" within three seasons, and subsequently to European cup standards, enabling it to compete in UEFA.