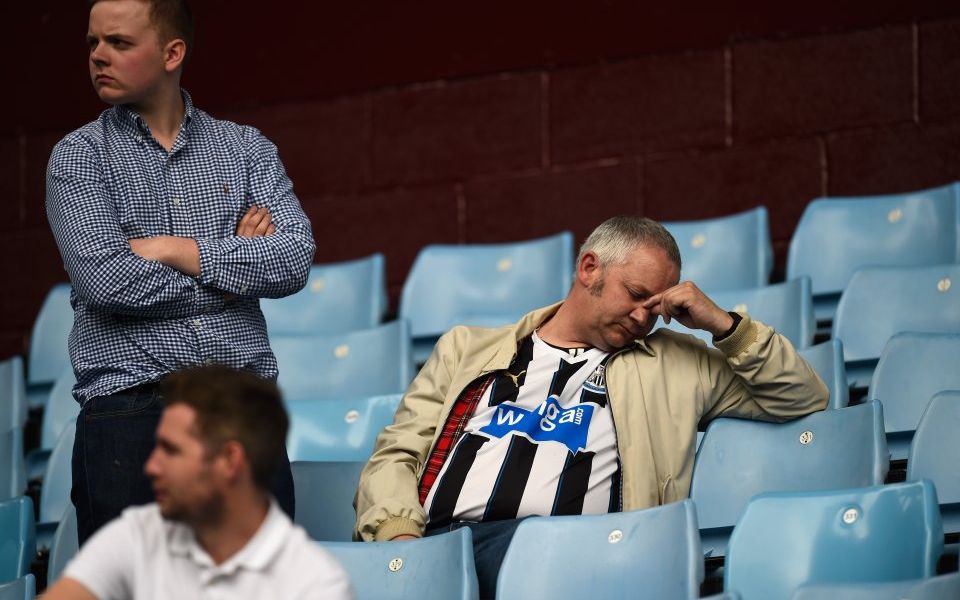 Sports Direct owner Mike Ashley has been on the end of a backlash from Newcastle United fans after buying failed department store House of Fraserfor £90m this morning.

After the firm called in administrators this morning, Ashley pipped Philip Day to sweep up the company at a fraction of the £480m Chinese firm Sanpower paid four years ago.

Suffice to say, the news hasn't gone down well with the Toon army in the north east.

Newcastle fans are livid that Ashley has flashed the cash for House of Fraser after the club ended the transfer window yesterday having spent very little on new players. In fact, the club closed the window having made more than £20m in profit.

Manager Rafael Benitez was left frustrated as the club only managed to bring in Fabian Schar for £3m, Federico Fernandez for £6m, alongside a number of transfers with undisclosed fees and a couple of loan deals.

Read more: Debenhams has had three profit warnings in a year – could Mike Ashley help?

Ashley has bought House of Fraser.

"Mike Ashley (owner of Newcastle United FC and Sports Direct) has bought House of Fraser for £90m," one fan tweeted. "He's made at least that recently of my club. Yet investment in making NUFC better this year has been laughable, in fact it's been non existent because he's made a profit."

Another Magpies supporter joked: "Funny name for a centre forward!"

Mike Ashley buying house of Fraser for £90million a day after the window shuts just sums the fat bastard up.

A businessman who doesn’t give a shit about Newcastle United.