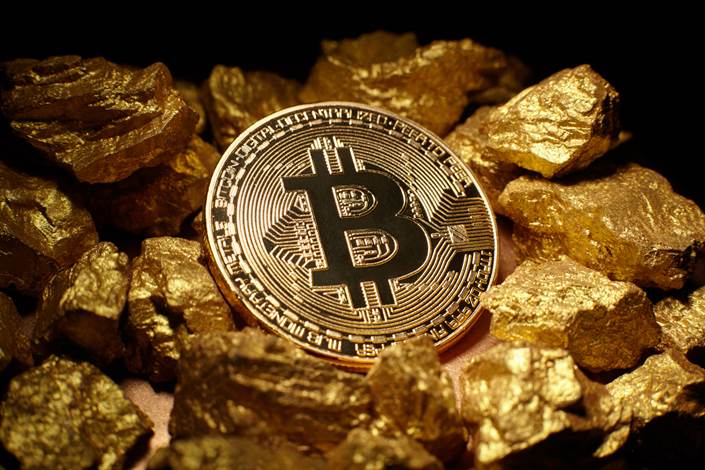 The financial pages are noticeably shorter on bitcoin stories than this time last year – which may or may not have something to do with the precipitous fall in the cryptocurrency’s price over the last 12 months.

On 14 December 2017, a single bitcoin was trading at an all-time high of £14,749 whereas, as of 13 December this year, the cryptocurrency sector’s standard-bearer was trading at less than a fifth of that, at £2,671 (past performance is not a guide to future performance, clearly).

That being so, as we have perused the sports pages of the Telegraph over the last few weekends, we have been surprised to see a number of footballers from the recent and not-so-recent past expressing a keen interest in crypto-assets.

Bobby Zamora, for example, apparently views them as “a new and interesting asset class” while the likes of Francis Benali, Mark Bright and Gary Mabbutt are similarly intrigued.

Before we go any further, we should acknowledge those footballers – and others – are competing to see who can make the most out of a $5,000 pot by trading crypto and other assets on a virtual platform, with the winner securing a £1,000 donation to a charity of their choice from the platform’s provider.

Still, we also cannot help recalling the last time we spotted a football personality expressing an interest in cryptocurrencies.

It was serial manager, now I’m a Celebrity … winner, Harry Redknapp who, in October 2017, tweeted “Proper excited about Mobile Cryptocurrency! I’m in, get involved!” about a ‘mobile cryptocurrency’ called electroneum.

On reading it, we said, we could not help but think of the song famously associated with one of Redknapp’s former clubs, West Ham United. All together now: “I’m forever blowing bubbles …”

At the time, bitcoin had yet to break through the £5,000 barrier – on the way up, we mean – so Redknapp may well have cashed in his investment before the bubbles burst.

Either way, it does not change the fundamental point we make pretty much every time we write about cryptocurrencies, here on The Value Perspective – that nobody has any idea what any of them are worth.

This time last year, for example, in Bitcoin’s own valuation measure is meaningless, we highlighted the so-called ‘Network Value to Transactions’ (NVT) ratio, which crypto-aficionados had started to refer to as their own kind of price/earnings (P/E) ratio, a ratio used to value a traditional stock.

As we explained, the ratio is odd for various reasons – not least as it effectively boils down to considering the value of an asset relative to how much speculation there is in it.

In other words, if you want the NVT valuation of bitcoin to fall, you just need to trade it more and more, leading us to comment at the time: “This may of course, be why bitcoin investors are so keen on the metric – the more they speculate, the ‘cheaper’ their favourite asset becomes and the more they can encourage fresh interest in the market.”

As it happens, according to Woobull.com, bitcoin’s NVT has fallen off a cliff over the last couple of months although that is apparently down to Liquid – what is described as “bitcoin’s first sidechain”, going live on 10 October and “taking volume off the main chain”.

Whatever that actually means, it seems the NVT “will need recalibration”, which suggests even its biggest supporters have now come round to our view of it is worth.

A footballer with great advice. Seriously

Let’s leave the final word to Zamora, whose eye for goal at Brighton led to fans creating the chant “When the ball hits the goal it’s not Shearer or Cole, it’s Zamora” (less kindly adapted by opposition fans to “When you’re sat in Row Z and the ball hits your head, that’s Zamora”).

Asked by the Telegraph about the best advice he has ever been given, he replies: “The devil is in the detail.

“Do as much research as you can to understand what you’re investing in, and its potential ups and downs. Get solid independent financial advice and, if you have questions in your mind, get them properly answered.”