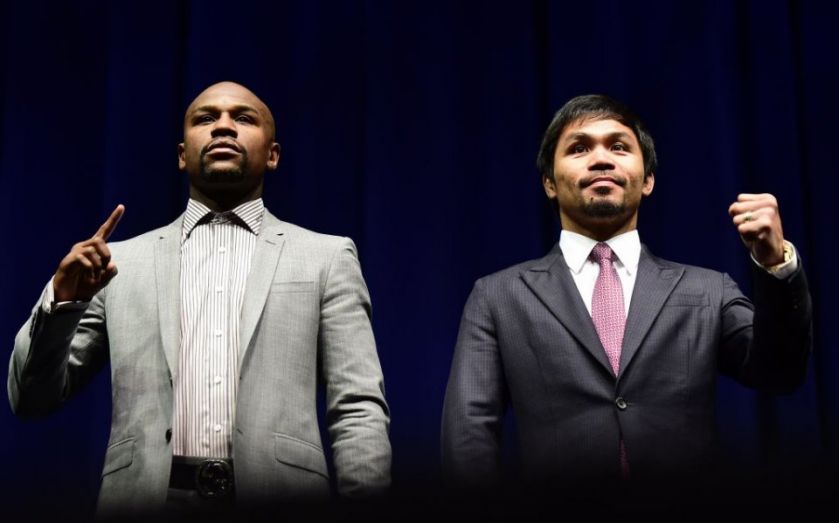 UK boxing fans will be able to watch the mega fight between Floyd Mayweather Jr. and Manny Pacquiao on pay-per-view TV after Sky Sports Box Office won exclusive rights to show the historic event.
The fight will be available to Sky customers for the relatively standard price of £19.95 if ordered before 2 May, with the price then rising by to £24.95 on the day of the fight.
Pacquiao and Mayweather, two of history’s greatest pound-for-pound pugilists, meet at the MGM Garden Arena in Las Vegas in a hotly anticipated clash that has been years in the making.
It has also been billed as the richest fight in history, expected to generate total revenue of £260m with some estimates putting box office earnings up to £200m.
The two fighters will share a £160m purse with the split coming down 60/40 in favour of Mayweather.
Barry Francis, managing director of Sky Sports said:

This fight has everything and is set to be one of the biggest sports events of the year. As the home of boxing in the UK and Republic of Ireland, we’re thrilled to be awarded the rights.
We’ll provide Sky Sports viewers with the best possible coverage of the fight itself from our team in Las Vegas.