Mayfair flat just bigger than a bathroom lets within 40 minutes for £1,560 per month 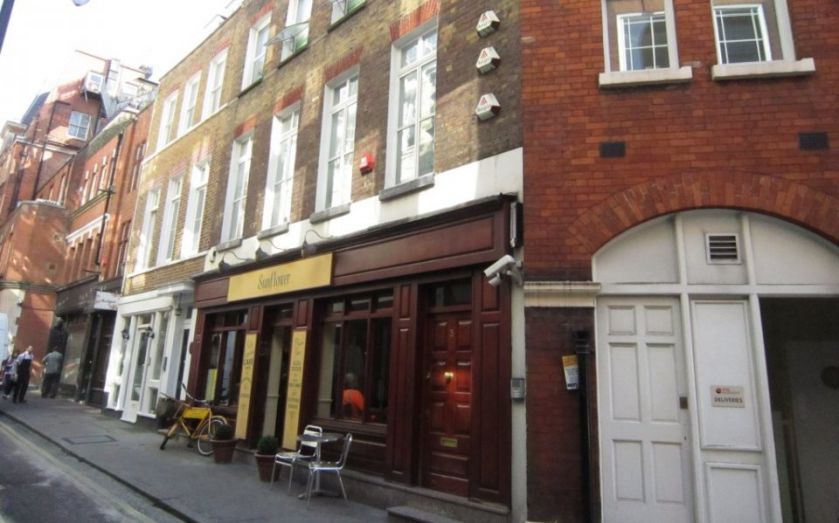 London's property market appears as hot as ever, after a flat in luxurious Mayfair only a little bigger than a bathroom took just 40 minutes to let.

Mayfair agent E J Harris placed the "compact and bijou" apartment on its website first thing this morning and was bombarded with 200 email and phone inquiries in just 15 minutes.

During the first 30 minutes, there were five serious offers made on the property, which is located just off Regent Street.

The lucky tenant who triumphed in the property stampede will be coughing up £1,560 per month, as well as a hefty £10,000 up-front to secure the property. The tenant is an "executive in the hospitality industry", who needed the property because of its proximity to work.

The flat is only just big enough to squeeze in a two-seater sofa (Source: E J Harris)

The speed of this deal and the battle to secure the tenancy is the clearest indicator yet to me how buoyant and hot London’s letting market is at present. The tenant has a highly successful career working in the hospitality industry in the West End and needed a home nearby, she was very firm about wanting to rent not buy.

If it was a swanky flat in Mayfair’s posh Western district I would expect it to fly out of the door, but this is an “ordinary Londoner” apartment on the eastern Soho border by Regent Street. Its the ordinary nature of this that makes it so extraordinary.

The flat contains a small living area that leads into an open plan kitchen and dining area. Harris estimates rental values climbed three to four per cent for prime central London property last year and expected a further two to three per cent this year.

"In Mayfair, Belgravia and Marylebone homes normally sell quickly, but this year the market has cooled and vendors have approached me in order to become landlords this year", Harris added.