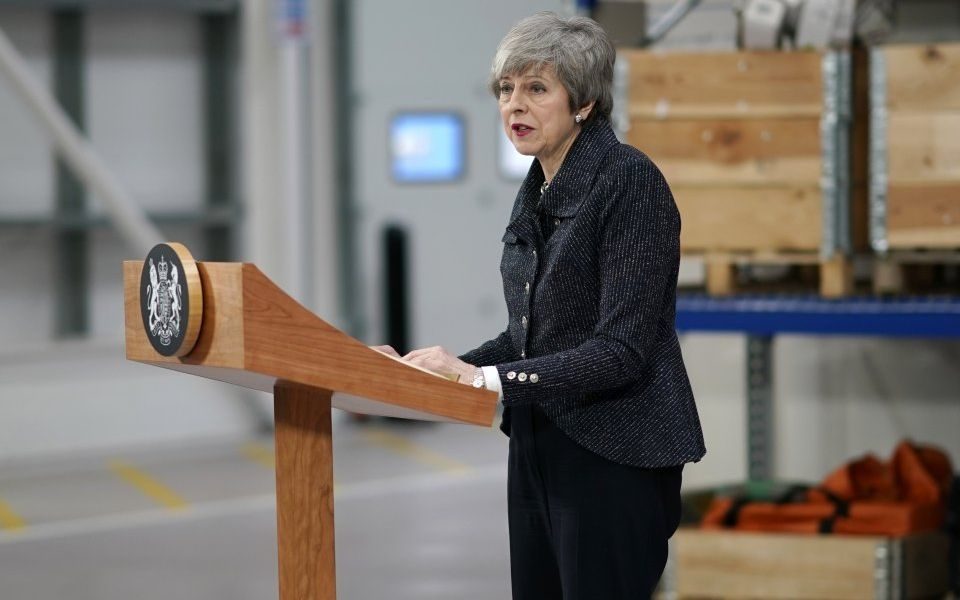 Theresa May today called on the EU to make “one more push” to reach agreement on a Brexit deal before time runs out.

Read more: Theresa May is a home secretary dressed up as Prime Minister

Addressing workers at a Grimsby energy company, the Prime Minister repeatedly said “Let’s get it done” in an appeal to EU leaders to help her get her withdrawal agreement through parliament next week.

“We have a responsibility to deliver to this country the Brexit which people voted for,” she said.

She added that now is the moment “to get this done” and called on parliament to “come together” and back her deal.

MPs are due to vote on May’s deal on Tuesday, after it suffered a resounding rejection in December.

“If MPs don’t vote for that deal then we know we will see ongoing uncertainty,” May warned.

May added that the vote for Brexit was a message that people wanted a change in the status quo of politics, saying the government’s industrial strategy would benefit areas that feel left behind.

“That is the opportunity that awaits our country if we agree the Brexit deal,” she said. “We can build the stronger communities of the future.”

If May's deal is rejected on Tuesday, a vote the following day will occur on whether the UK should leave the EU without a deal. If that is voted down, a third vote will follow on 14 March on whether to delay Brexit.