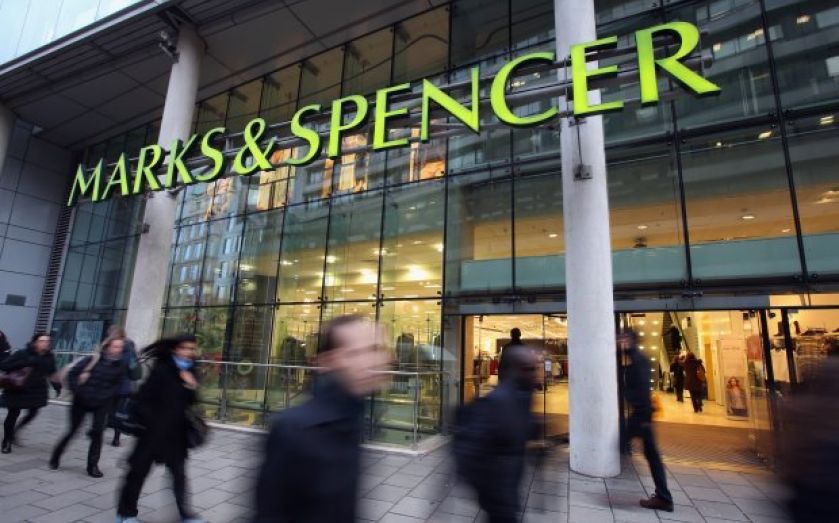 Marks & Spencer's long-awaited website overhaul has failed to perform. The company announced that online sales have dropped by 8.1 per cent in the 13 weeks to 28 June.

The retailer excused the performance as a "settling in" of the new M&S.com site, which cost the company £150m. Marc Bolland, M&S chief executive, says that impact on sales had been anticipated.

But analysts have found the fall in online trading a bit of a shock. Shares are currently trading around 1.5 per cent lower after the update, despite protestations from the retailer's chairman, Robert Swannell, at the company's AGM.

Swannell insists that "every project of this scale will cause some disruption" and that the project has effectively delivered the firm's "newest and biggest flagship store, open to everyone, 365 days a year".

At the AGM, Bolland said that before the online relaunch, using Amazon's web platform meant that running a website was something "like driving a rental car". The chief exec noted that M&S was the last major player to move on to its own platform, a process that took three years of development.

Bolland also acknowledged the biggest single problem they've had with the website relaunch: Every customer was forced to re-register after the company's relaunch. Bolland says that was impossible to avoid. Online account registrations now stand at 3.2m against the 6m customers M&S had signed up on the Amazon platform.

Digital marketing consultant Pritesh Patel flags up big concerns over M&S' focus on "optimising the website commercially". For Patel, the present-tense is cause for alarm. "Shouldn't optimising be done during and continuously after a launch? Which incumbent agency does this?", he asks.

There were other clues: Related searches for M&S in Google throw up references to problems with navigating the site's interface and downtime; a Twitter search for "M&S website" reveals a series of customers who've given up on the service out of sheer frustration. IG's David Madden says that as with a lot of household names, "it all seems a bit too much, too soon", for M&S.

Clive Black, head of research at Shore Capital, asks why the person responsible for the retailer's "mediocre" online performance, Laura Wade-Gery, has been given more responsibility as of last week's management shakeup. Wade-Gery will now take the lead on core chain retail activities. Black suggests that her time "may be more effectively spent sorting out dot com".

There are few good things to say about the retailer's new online presence, but M&S does note that conversion rates are now somewhat higher, and they estimate that sales would be flat if they were promoting stock in the same way as last year. The question investors will be asking makes the obvious comparison with competitor Next. Why has M&S been unable to achieve the same impressive online sales growth to a similar target audience?