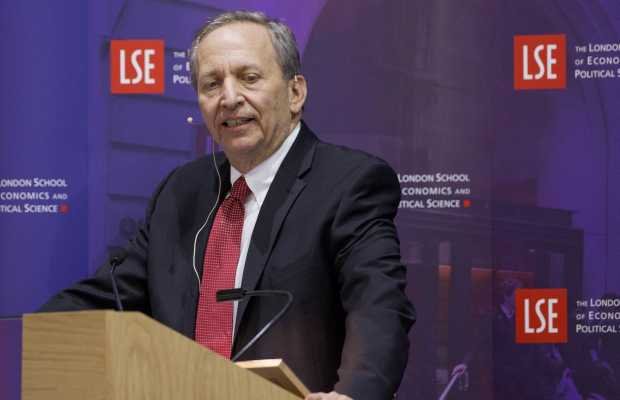 An announcement by Larry Summers that he won't be contesting the role of Federal Reserve chairman has sent the dollar down and US stock futures up.

Markets are now expecting a more dovish chairman (although Summers is by no means a hawk), and the favourite is Janet Yellen.

Five (long) years on from Lehman’s collapse, and while the global economy is still struggling to find its feet, financial markets are riding high. This morning’s catalyst may be Larry Summers’ decision to withdraw from consideration for the Fed Chairmanship, but the real driver is easy monetary policy. Of course.

June saw a huge market blood-letting as ‘tapering’ was priced in, and the period since then has seen outflows from EM and bond funds slow, markets calm down. The issue is how long the risk party can last as talk of tapering becomes reality and before the focus switches firmly to when and how fast the Federal Reserve actually tightens policy.

The FOMC announcement could pour a little cold water on the mood, with the key to watch for the Fed Funds forecast path. After that, we want to see what demand looks like at the next few Treasury auctions, starting with 2s, 5s and 7s next week. But on the whole, I still expect a risk rally to persist through most of Q4 before markets meet more turbulence in 2014. A 350 target for the iTraxx crossover index seems reasonable, in particular, as equity indices make new highs.

Our economics reporter Michael Bird on which other candidates might contend the position:

Donald Kohn and Roger Ferguson, both former Fed vice chairmen, are potential dark horses in the race. Timothy Geithner, another former treasury secretary, is also a possible candidate. Current chairman Ben Bernanke has indicated that he does not wish to serve another term.