Mario Draghi calling: Why the ECB’s QE may struggle to reach €1 trillion 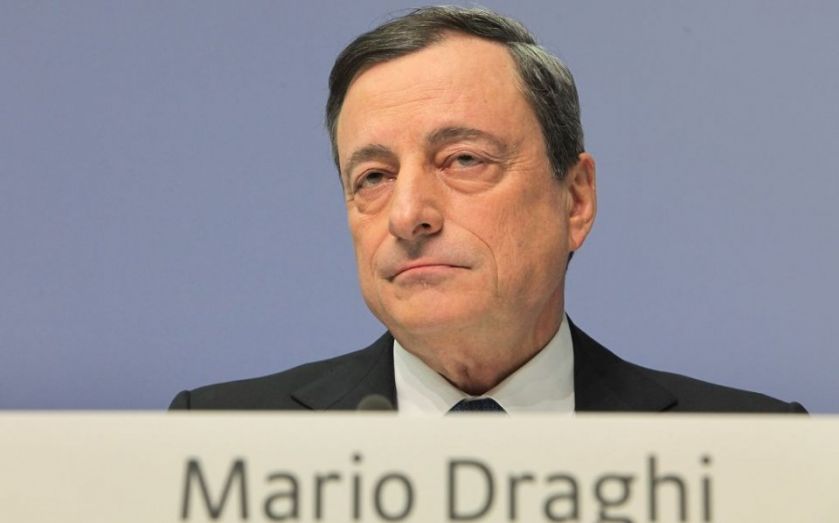 The European Central Bank’s (ECB) version of quantitative easing (QE), which was announced to much fanfare in January, involves the purchase of bonds from both institutions and individuals. ECB president Mario Draghi hopes that the proceeds of these sales will be used to buy other assets or to lend, thereby oiling the wheels of the anaemic Eurozone economy. The ECB tells us that there are €7,429bn of government bonds outstanding. It “only” owns €171bn of them and, under Draghi’s plans, the aim would be to increase this to nearer €1 trillion – not an inconsiderable figure. But when he surveys the market, he has to work out exactly who is going to sell him their bonds, and here he may have a problem. According to economic consultancy Absolute Strategy Research (ASR), banks own 25 per cent of the bonds outstanding, or €1,874bn. The problem here is that the banks have been on the receiving end of a torrent of new regulation over the past few years, designed to make them safer and more liquid. The by-product of this regulation has been an increase in bond holdings. According to the ECB, since 2007, banks’ bond holdings have increased from 4 per cent to 6 per cent as a percentage of assets – an increase of 50 per cent in their bond holdings. I don’t sense any desire at the moment to make banks any more risky – so it would seem that this part of the market may not be taking Draghi’s call. ASR estimates that insurance and pension companies own 22 per cent of the outstanding bonds, or €1,649bn. But they too have been under the regulatory microscope of late, with the long-planned introduction of Solvency II. Similar to the rules which are having such an impact on their banking brethren, this legislation encourages holdings in lower-risk assets – hence bond holdings have risen as a percentage of total assets since 2008. Rightly or wrongly, this also feels like another trend that isn’t changing any time soon. And so another unanswered call for Draghi? Households and companies own 20 per cent of the market, or €1,488bn. Draghi is unlikely to want to phone up European pensioners to enquire as to whether they would like to part with their bonds. A retail tender also seems unlikely – so this again probably won’t be a fruitful source for Draghi. Investment funds own 12 per cent of the bonds, or €913bn. This may be more productive territory. ASR reckons that two thirds of the government bonds held by this group are held within dedicated bond funds – thus any government bonds sold would have to be re-invested in other bonds, which are likely to represent higher risk and offer a higher yield. This would be helpful to Draghi’s plans but this source is surely limited in scope, given that many mandates will stipulate a minimum holding of government bonds. The final group are the non-Eurozone holders, who own about 20 per cent of the debt, or €1,334bn of the bonds that Draghi has his eye on. This is likely to be more successful territory for his phone calls. But that said, many of these institutions will be subject to some of the restrictions noted above. The hoped-for benefits of the policy may therefore have to be “shared” with other countries, if the proceeds of bond sales end up outside the Eurozone. So Draghi faces an interesting conundrum, as he peruses his telephone book to work out who to call to deliver the QE that markets so desire. Of course, prices move and regulations change, as does investor behaviour. But on the face of it, the ECB president is going to have to work his phone pretty hard in coming months.