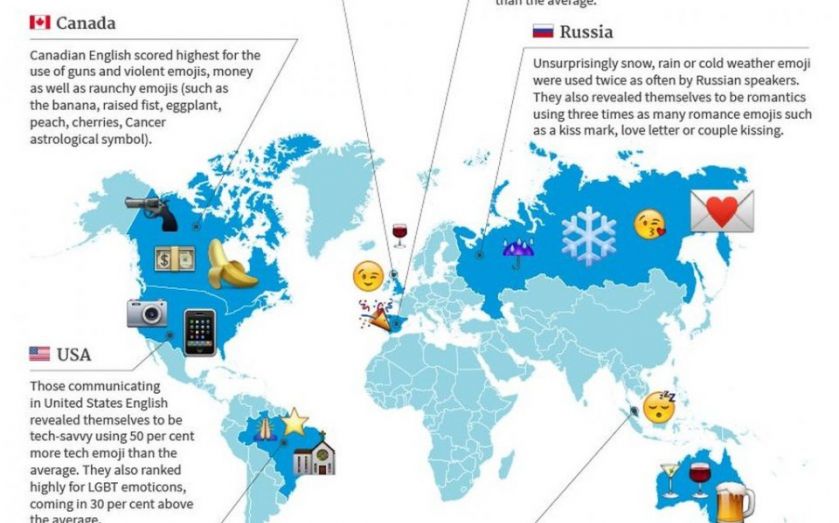 Emojis rule. They inject our tweets, WhatsApps and other musings with more punch, help us ensure their recipients know when we're being sarcastic or silly. and sum up the things that we simply can't put into words.

And for anyone who doesn't know, they're little smiley faces, or cool icons such as the dancing lady in a red dress, that's disconcertingly described as a John Travolta-like character.

Now SwiftKey, which lets users download emojis for Android and iOS devices, has crunched more than a billion pieces of emoji data to learn how different language speakers across the world use the icons.

It found Australia was the "land of vice" with individuals binging on alcohol, drugs and junk food-related emoijs, while unsurprisingly, Boozy Britons over-indexed for their use of wine-related emojis, as well as the winking face.

We've mapped some of our favourite emoji trends below: 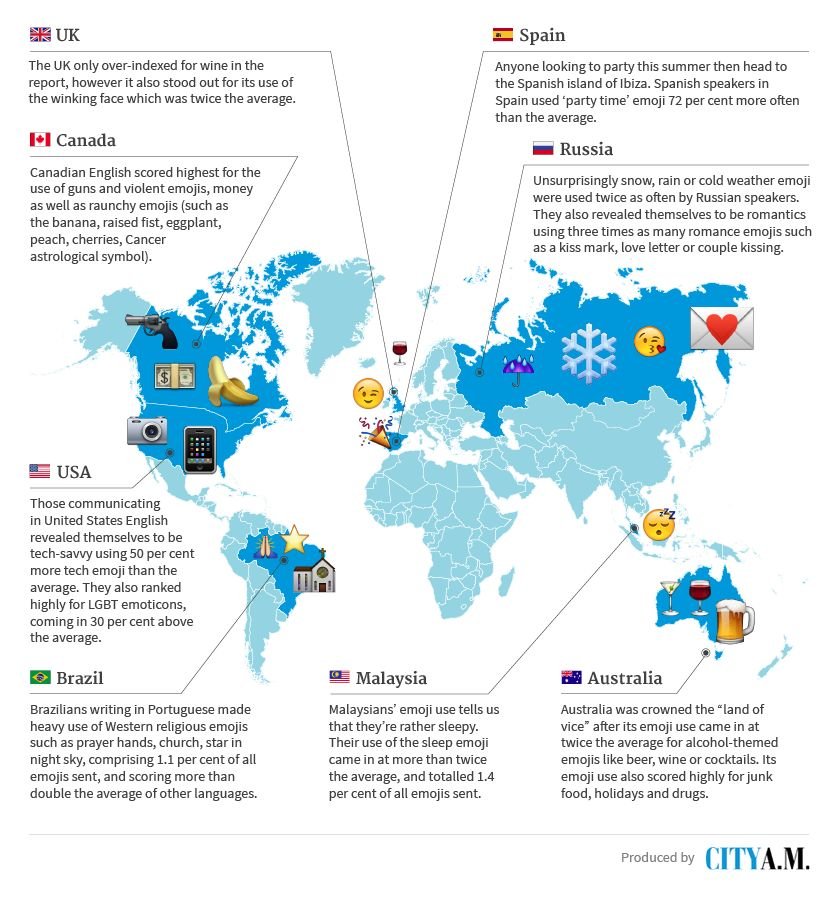