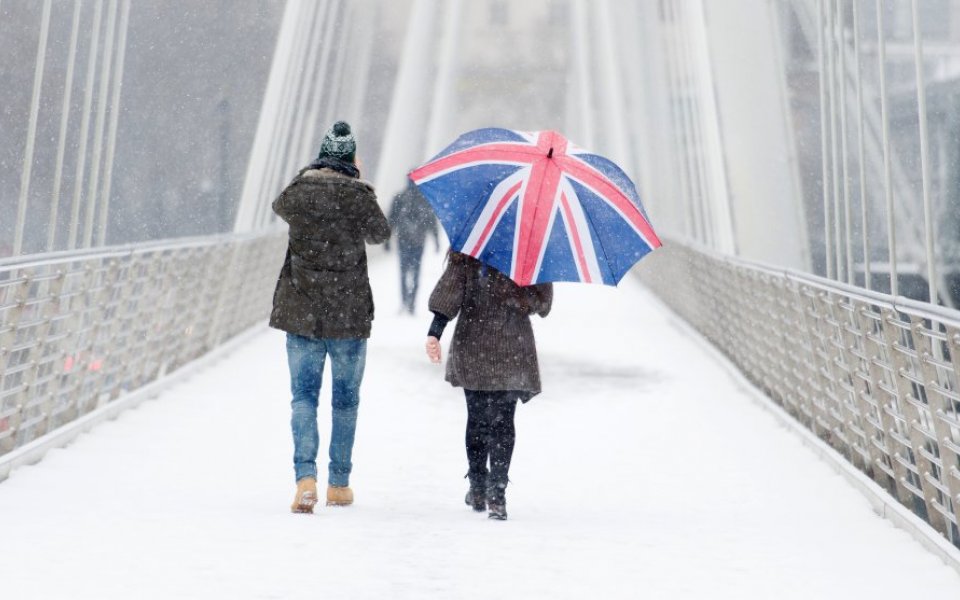 If you thought Storm Barney was bad, prepare yourselves. The Met Office is forecasting the UK will see snow this weekend – even as far south as London, Surrey, Kent and Sussex.

Gale force winds will bring a band of rain and snow across much of central and southern Britain starting on Friday night and continuing into Saturday. Wind will reach speeds of up to 70mph in more exposed parts of England, but gusts of between 50 and 60mph are likely elsewhere.

The snow is expected to settle over high ground but also on low levels "temporarily".

"The worst affected areas may see a few cm but on current evidence, most places will see little if any lying snow," the Met Office said.

Read more: Winter is coming – but many don't want a white Christmas

Ice will be a greater risk, the weather forecaster warned. "Please be aware of the likelihood of some difficult driving conditions and possible travel disruption."

This heralds the start of a move away from what has been until now a milder November.

"Wintry showers will spread to many northern areas in particular and night frosts will become much more widespread," the Met Office said.