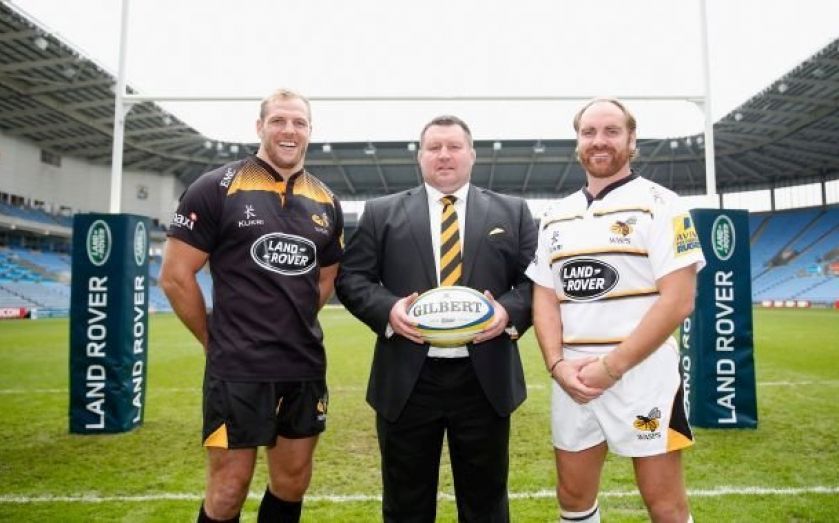 Wasps Rugby Football Club have secured their future for years to come after securing a new home at the Ricoh Arena in Coventry – that’s according to their CEO Nick Eastwood.
Having purchased 50 per cent of the 32,000 capacity stadium, Eastwood said Wasps “have finally achieved the security that this club has craved for years.
“We now have a sustainable business model which allows us to build for the future and invest in our squad.”
Sounds good right? Many fans are not convinced.
Wasps, who started life in Finchley Road, North London, have played in the London area for their entire 147-year history and until the beginning of this season were known as “London Wasps”, have dismayed a huge section of their fanbase by packing off to the Midlands.
An online petition to “keep Wasps in/around London” currently has over 2,400 signatures. The petition states moving away from London is a “betrayal of the fanbase”.
A Facebook group for Wasps fans has been flooded with concern and anger about the move, with some talking about protesting at this weekend’s game against Bath Rugby, while others have already begun to organise car pooling for trips up to Coventry.

This is all so wrong. 100 miles from fan base. Still don't own our own ground. Still share with a football club. Lost for words

With Wasps’ first game at the Ricoh Arena scheduled for mid-December, against either Castres in the European Champions Cup or London Irish in the Premiership, fans may need to start planning – and saving – for some lengthy and expensive journeys to the Midlands.

Using Wasps’ current home of Adams Park in High Wycombe as a very rough indicator of where fans may be travelling from, the round trip to the Ricoh Arena will take around three hours on the M40.
For fans living more centrally in and around Wasps’ original home in Finchley Road, that journey could stretch to around three hours and a half.
Using some more crude estimates, that trip would cost Wasps fans around £23.72 – a conservative figure based on trips in the Daihatsu Charade, the most fuel efficient car according to fuel-economy.co.uk.
Stretched out over the rest of the season from the London Irish game onwards, that will cost fans a minimum of £189.76. Over a full Premiership season it would amount to £260.32 – and that’s without European Cup or LV = Cup games being considered.
Of course, journey times and fuel costs will fluctuate wildly from fan to fan, but the point remains that for the majority of Wasps supporters driving to games at the Ricoh Arena will be neither cheap nor quick.

Time: 2 hours 26 minutes
Cost: £5.00 – £15.00
Trains represent the quickest (reasonable) route for London-based fans to get to Euston from Coventry, with most taking 59 minutes one way (although some services can take up to an hour and a half).
Once at Coventry rail station, there’s a 15 minute road trip to the stadium. Fans can get there through taxis, taking two separate buses or, more appealingly, a free match day shuttle that runs every 10 minutes. A station closer to the stadium is being built for next year.
Cost is tricky to calculate as it obviously varies depending on how organised you are. If, like me, you have a bad habit of leaving things to the last minute, you’d likely face a round trip of around £23 – £28; the rough price range of a return ticket to Coventry this Sunday.
Book ahead and you can get more of a discount – albeit a marginal one. If you want to start planning your future as a Ricoh regular now, you can book a return ticket to and from the Arena for the game against London Irish in December for around £22.50 – £23.
At those prices, fans could end up paying £247.5 per season.

Keep your bank balance and your body healthy by getting on your bike and cycling to the match.
By using Adams Park as a rough starting point, cycling to the Ricoh Arena will take fans six hours and 41 minutes. You’d better be prepared to say goodbye to that lie in and set your alarm for seven if you want to make a two o’clock kick-off…

Cost: £2,270 – £13,610
On the other end of the scale, you could travel in comfort but for unreasonable prices by hiring a private plane.
Website privatefly.com has private planes available for hire from London to Coventry, from small pop aircraft to large airliners. However, even Nick Eastwood would bristle at those prices.