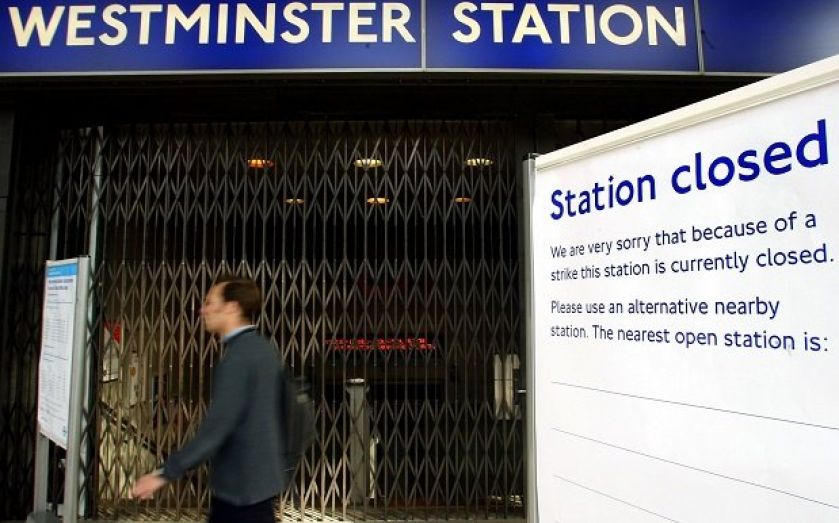 Londoners are set for further Tube chaos next week with London Underground workers due to go on strike for 48 hours over staff cuts and ticket office closures.

The strike, which will be held between 9:00pm next Tuesday and 8:59pm on Thursday, coincides with nationwide industrial action from council workers. The Rail, Maritime and Transport Workers union is hoping to save 953 jobs.

The action is part of the union's Every Job Matters campaign. Transport for London (TfL) faces a massive challenge, with £4.2bn of savings needed by 2020. The job cuts and office closures are expected save around £50m. Londoners have already been subjected to two strikes since the start of the dispute in February.

RMT negotiators have made every effort in the long-running talks to resolve a range of issues that impact on our members jobs, their pay and working conditions and the safety of the services that they provide to the travelling public.

The cuts, currently being bulldozed through, would de-staff whole areas of the tube system at a time of surging passenger demand and would make evacuation and other basic safety procedures a physical impossibility. The axing of ticket offices and station staffing grades would render the tube a no-go zone for many people with disabilities and for women travelling alone. The cuts ignore the realities of life that we saw when services broke down last week and the recent surveys which point to an increase in violence and sexual assaults.

We have adhered to every single one of the commitments we made to our staff, including delivering on our guarantee of no compulsory redundancies and offering a job for anyone who wants to stay with us with no loss of pay.

This action and the timing of it – to coincide with public sector strikes that have nothing to do with London Underground – is cynical in the extreme. It will only lose RMT members pay and disrupt Londoners.