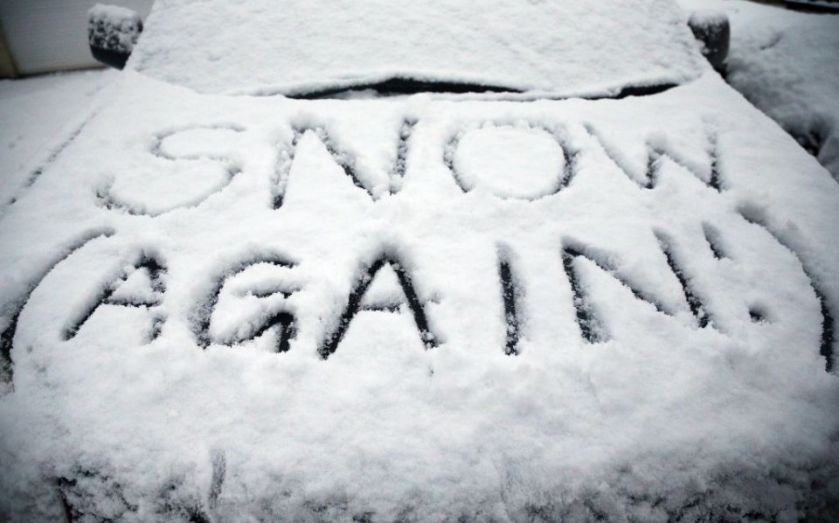 Londoners woke up to a light covering of snow this morning ahead of  the so-called "Beast from the East” which is expected to reach the UK later today.
The cold air flow is forecast to bring temperatures as low as -15* to the British Isles, with London included in the Met Office's yellow warning alert, although southern parts of the country should get off relatively lightly.
Here are some of the best pictures on Twitter this morning.
https://twitter.com/WaleedElgadi/status/562531401636270081
https://twitter.com/hena_h/status/562529966920060928
https://twitter.com/luciekerley/status/562508227326509056
https://twitter.com/EddyZDavis/status/562547336455671809
Snow falls of 1-3cm are expected away from the “immediate” coast, though this could grow to 5-10cm on high ground.
The chief forecaster said: “A very cold air mass is likely to continue to affect much of the UK during Wednesday. Along  eastern coasts of both Scotland and England, snow showers are likely in a strong northeasterly wind.
“Snow showers are likely to ease through the day across eastern Scotland and northeast England, whilst conversely shower activity is likely to increase across other parts of eastern England, with some snow showers being driven well inland at times.”
The Met Office has warned that the public “should be aware for the potential of disruption to travel”.
Commuters were indeed worried about what it would do to their journey into work:
https://twitter.com/gb_zv/status/562505348226236416
https://twitter.com/aabboud/status/562496887555907585
https://twitter.com/AliyaNazki/status/562522097973358592
In fact there has been travel chaos this morning, but the two events are apparently unrelated. The Central Line and Victoria Line have been thrown into chaos by a signal failure on the first and a person on the track on the second.