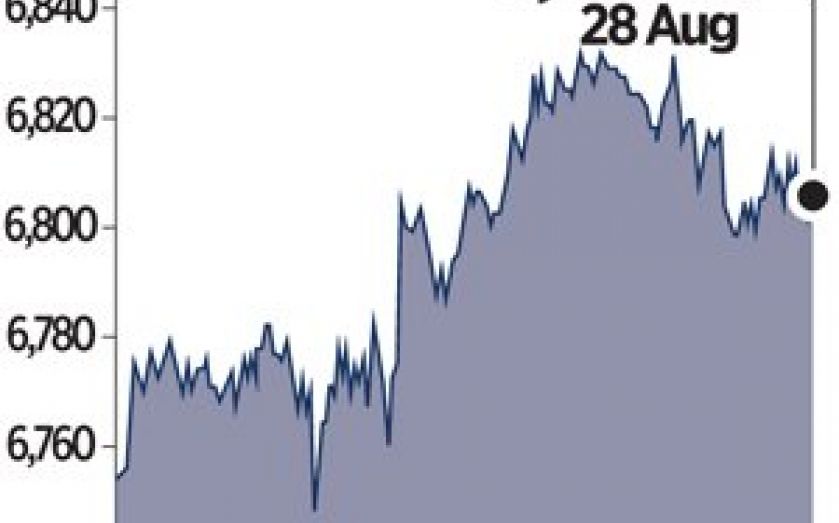 A RATCHETING up of tension in Ukraine yesterday took its toll on Britain’s top share index, knocking it back from its highest closing level in nearly two months.

Ukrainian President Petro Porosh­enko said Russian forces had entered his country and the military conflict was worsening after Moscow-backed separatists swept into an eastern town.

Mining shares were under pressure after a dramatic fall in iron ore prices in China, a key consumer of metals.

However, building supplies group CRH climbed two per cent to 1,426p, after Credit Suisse raised its recommendation from underperform to outperform.

Elsewhere, FTSE 250-listed CSR, which designs chips for mobile phones and Bluetooth headsets, soared 35.65 per cent to 780p after it confirmed a Financial Times report that it had received a bid approach from US group Microchip Techno­logy.

CSR said it had rejected the proposed price and that it was considering its options. Microchip now has until 25 September to make a firm bid or walk away.

Among supermarkets, Morrisons rose 1.36 per cent to 186.90p after Deutsche Bank moved from “sell” to “hold”, amid hopes that it might be turn­ing the corner. But Deutsche downgraded Tesco, helping push its shares 1.2 per cent lower to 246.30p.

However, shares in Morrisons’ partner Ocado slumped almost 16 per cent to 339.30p after a “sell” note from analysts at Redburn, who cut their sales forecasts and reduced their price target from 500p to 257p.

Tullow Oil added 1.39 to 731p after it reported successful results from a series of tests in Kenya. The Etom-1 well in the northern part of the Lokichar basin discovered 10 metres of net oil pay extending an existing basin.