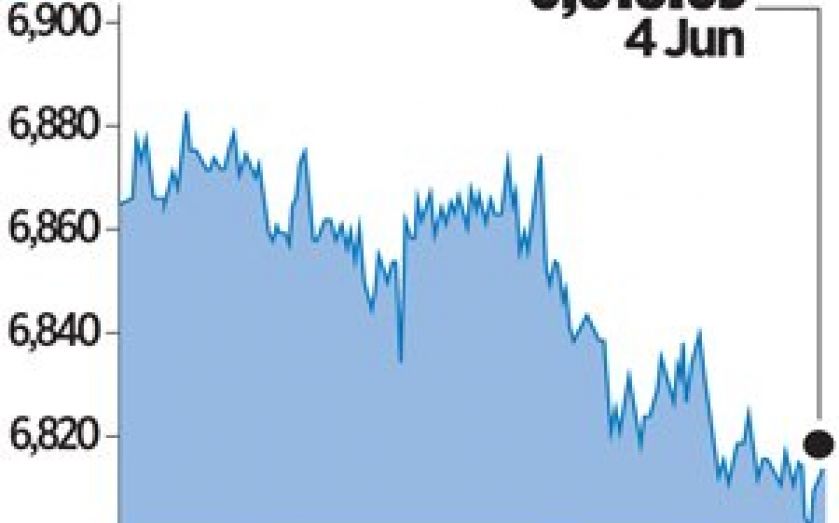 Tesco’s 1.4 per cent fall was one of the biggest setbacks for the FTSE, after the retailer’s figures ratcheted up the pressure on boss Phil Clarke to show he can counter challenges in the grocery sector.

Strand Capital managing director Kyri Kangellaris said the fall in Tesco’s shares made it worth buying as a long-term investment, but Mirabaud Securities’ equity research partner Steve Clayton said Tesco did not look that good a bet for now.

“So far, to our eyes, Tesco’s price-cutting strategy is not benefiting the business in terms of profits or cash flow,” he said.

A strengthening in sterling after data showed an expansion in Britain’s services sector also prevented the FTSE from breaking into positive territory, as a strong pound can curb British exports.

Stocks going ex-dividend – losing their entitlement to the next dividend payment – took around 5.5 points off the index.

Medical devices manufacturer Smith & Nephew (S&N) also rose 3.3 per cent. Traders attributed that to a research note from JP Morgan, whose analysts said speculation about a possible bid from rival Stryker could support the stock over the next three to six months. JP Morgan also mentioned comments from S&N’s management that the company could win market share due to disruption caused by sector consolidation, such as Zimmer’s bid for Biomet. Last night Medtronic was said to be weighing up a rival bid.

The FTSE hit a peak of 6,894.88 points last month, its highest level since December 1999, but has so far failed to break the 6,900 level. Some traders saw it making little near-term progress unless it gets past that barrier.

“If the FTSE remains above 6,770, then the trend is still positive, but it needs to get over 6,900 to find new space for another rally,” said Carlo Alberto de Casa, senior market analyst at online brokerage ActivTrades.