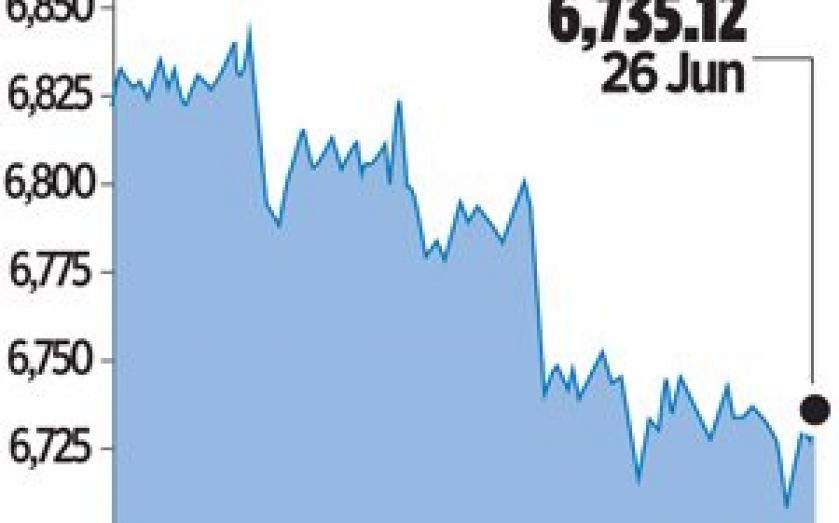 BARCLAYS Bank’s shares plummeted 6.5 per cent yesterday as the FTSE index ended flat despite a rally in housebuilders on Bank of England comments.

The market was also underpinned by the London Stock Exchange Group, which surged 6.1 per cent after unveiling the largest acquisition in its history by snapping up US group Frank Russell for $2.7bn (£1.6bn) to boost its position in the world’s largest financial services market.

Housebuilders Persimmon and Barratt Developments both rose about 5 per cent after Bank of England governor Mark Carney announced a cap on home loans and tougher checks, but said the central bank did not aim to curb house prices directly.

Standard Chartered fell 4.3 per cent after issuing a profit warning. Barclays slumped 6.5 per cent after the New York Attorney General filed a securities fraud lawsuit against the bank on charges of giving an unfair edge to its US high-frequency trading clients.