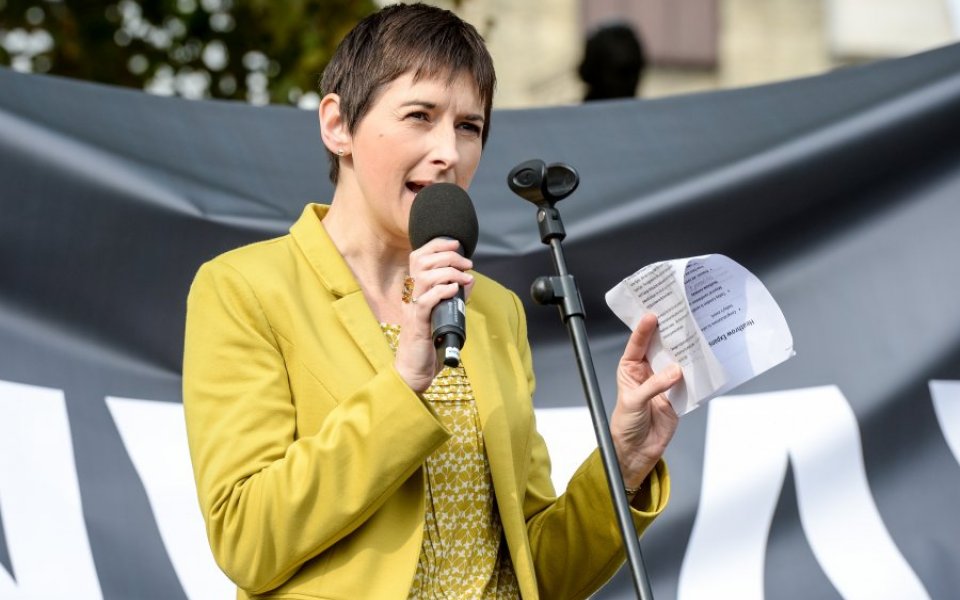 As the Liberal Democrat candidate for mayor of London, Caroline Pidgeon dismisses suggestions that the contest to replace Boris Johnson in City Hall is a two-horse race between Labour hopeful Sadiq Khan and Conservative candidate Zac Goldsmith.

But she does not shy away from slamming the front-runners for being too self-important in their efforts to become the next mayor.

“It’s a very male-dominated race, and it’s all about egos,” Pidgeon told City A.M. in an interview earlier this month. “I’m running not because I want to be something, it’s because I actually want to do something.

“I’m offering something very different and I hope Londoners will listen to it and like it and think, actually, we’re going to get behind Caroline.”

Pidgeon, who has been on the London Assembly since 2008, lives in East Dulwich, south London, with her husband and two-year-old son. She says her experiences working and raising a family in London inform her policy proposals, from boosting City Hall funding for childcare – paid for with a new “tourist tax” of £2 per night in luxury hotels – to offering cut-price travel fares for workers commuting before 7.30am.

And she insists that, unlike some of her opponents, she will be able to deliver on her costed policy proposals: “Because I’ve been in City Hall, I understand how it all works. I can hit the ground running from day one.”

She is quick to reject promises from Labour candidate Sadiq Khan to freeze Transport for London (TfL) fares for the next four years. “This idea that you can freeze fares for the next four years and it’s not going to have an impact on infrastructure and investment in the transport network is absolute nonsense”. Yet she concedes her own plans to introduce targeted fare reductions, including half-price fares before 7.30am for people who use pay-as-you-go and a one-hour bus ticket so travellers do not have to pay multiple fares for switching buses, would cost TfL £30m per year.

However, Pidgeon says her discounts could be paid for by scrapping plans for the Garden Bridge – something she calls a “vanity project” of Boris’ which is “costing a fortune” – and more east London river crossings, along with ending a fare discount benefit for the families of TfL employees.

Pidgeon’s manifesto also includes plans to nearly double the existing congestion charge to £20 at peak times and impose a £3,000 annual tax on individual parking spaces at workplaces – hefty taxes she says will crack down on the “silent killer” of air pollution, even if they frustrate firms.

Pidgeon, an ardent opponent of airport expansion, likewise dismisses businesses’ calls for more runways, telling City A.M.: “I don’t buy the industry’s argument that they have got to keep on expanding, they have got to get to emerging markets.

“Whenever slots have come up, say at Heathrow, have they started to fly to emerging markets? No. They’ve put more flights on to places like New York. With high-speed rail, we will be able to get rid of more of the short-haul flights, and actually we should maximise the existing airports rather than looking to expand.”

Pidgeon may be trailing heavily in the polls – the latest YouGov figures show her with just four per cent of the vote – but insists she still has a chance of winning, telling City A.M.: “This election is genuinely wide open. Londoners don’t really know any of us.”