It's not just a slog for runners around the London Marathon route this weekend.

Anyone angling to jump on the London property ladder or looking to climb it faces a steep ascent with plenty of pain, arguably tougher than a 26 mile run around the capital – emotionally and psychologically at least.

Runner's eyes won't just be watering from exhaustion when they approach the finish line in St James's. The central London location, home to the Queen, boasts the most expensive property of the entire route at more than £2m for the average place.

Along the entire route which runs from Blackheath in south east London (a no less eye-watering half-a-million pound for the average property) to the Mall, the average price stands at just over £670,000. That's an increase on last year of four per cent, or £27,000 in cash terms.

The rise in prices is likely to leave marathon runners gasping for breath (boom-tish).

While Charlton, an early part of the route at mile two, is one of the more bargain-filled areas at £382,108, it has experienced the largest growth of anywhere along the marathon route, with prices up 7.4 per cent on last year.

Check out the London property marathon in the graphic below and how prices have changed since last year, based on data from HouseSimple.com. 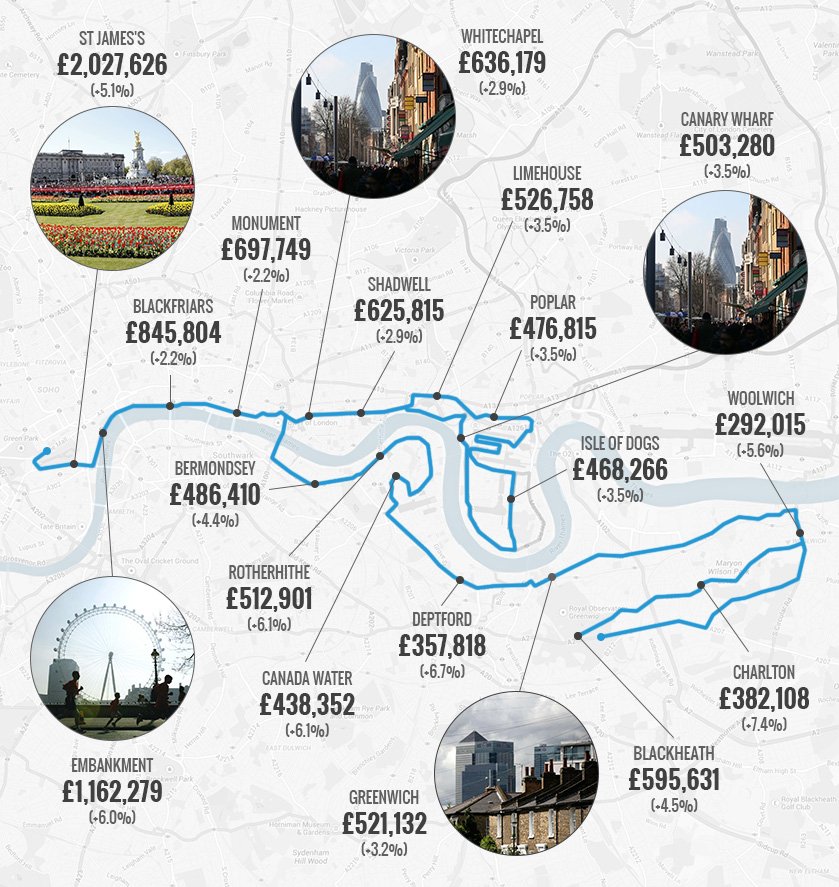