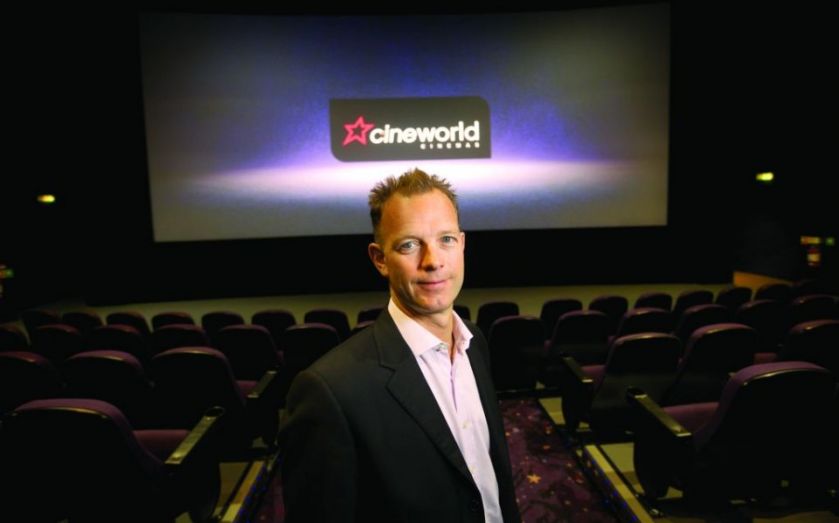 The art of cinema and the movie business are now at a crossroads,” Martin Scorsese, the veteran filmmaker, wrote in an open letter published in the Italian magazine L’Espresso last year.

“In the future, you’ll probably see less and less of what we recognise as cinema on multiplex screens and more and more of it in smaller theatres, online, and, I suppose, in spaces and circumstances that I can’t predict.”
The Wolf Of Wall Street director raises some uncomfortable questions over the future of the cinema in the age of high-tech home entertainment systems, streaming and video on-demand services such as Netflix.
When you can watch films directly from your TV, laptop, tablet or phone is there still a place for cinemas?
The question is a no-brainer for Philip Bowcock, the finance chief of Cineworld, which has over 1,880 screens across 205 sites in the UK, Ireland and the rest of Europe.
“We see the cinema as an experience and as an experience you can’t replicate anywhere else,” Bowcock told City A.M., arguing that services like Netflix are complementary to cinema-going.
“Netflix does not have a complete library of films. But also if an individual likes films, they will probably watch it at the cinema and then go buy it.  And there is no doubt that the films that do best at the cinema are also the films that do best at Netflix.”
The FTSE 250 group yesterday posted a 0.1 per cent rise in UK & Ireland box office revenues in the year to 1 January, after a lack of blockbusters caused admissions to drop 3.7 per cent.
It is pinning its hopes on 2015, which promises to be a strong year with the launch of the new Bond film Spectre and Star Wars: Episode VII.  But even with these films drawing in the crowds, does 2014’s fall in admissions spell an underlying trend?
According to industry figures, the number of admissions have been stable over the last 30 years growing at a compound annual rate of around four per cent since 1984. Despite a dip in attendances last year, a report by PwC predicts this  growth to continue until at least 2018.
However, the same report worryingly forecasts that the global home video market will reach $49bn by 2016.
Whether this will eventually eat into cinema attendances remains to be seen. In the meantime, Cineworld is pressing ahead with new cinema openings, with 18 sites currently under construction in the UK and Europe.
Bowcock believes that cinema will remain popular because it is a well-loved leisure activity, which remains relatively cheap compare to other pastimes. “Cinema competes as much with everything else with going to the restaurant or going bowling.  I don’t think there are many places where you can go and sit for two hours with your partner and/or your children and come away happy.”