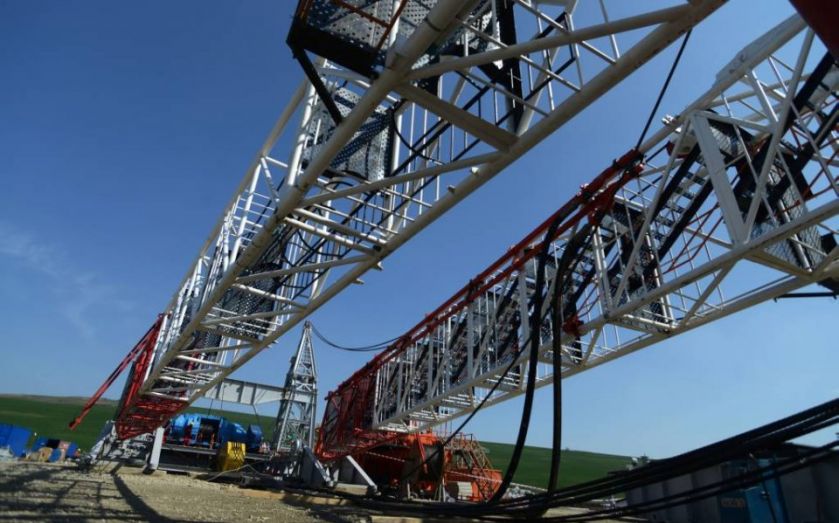 The government has given the green light for 27 licences to explore onshore oil and gas, as it looks to strengthen the UK's nascent shale industry.
The Oil & Gas Authority confirmed today that the licences from the 14th Onshore Oil and Gas Licensing Round will be formally offered to companies.
Sites located near to Nottingham, Sheffield, Lincoln and Preston are among those to get the go-ahead.
A consultation has opened on a second group of 132 sites – including parts of the West Country, south coast and parts of north England – which lasts until September.
UK energy minister Lord Bourne said: “As part of our long-term plan to build a more resilient economy, create jobs and deliver secure energy supplies, we continue to back our onshore oil and gas industry and the safe development of shale gas in the UK. This is why the OGA has moved quickly to confirm the winners of licence blocks which do not need further environmental assessment.
"Keeping the lights on and powering the economy is not negotiable, and these industries will play a key part in providing secure and reliable energy to UK homes and businesses for decades to come.
"It’s important we press on and get shale moving, while maintaining strong environmental controls. Investment in shale could reach £33 billion and support 64,000 jobs creating financial security for hardworking people and their families, whilst providing a cost-efficient bridge to lower-carbon energy use."
Cuadrilla was among those granted licences. The firm has been offered two of the 27, both of which are in Yorkshire – namely the South Cleveland basin and Gainsborough trough.
Cuadrilla was jointly offered the licence for the Cleveland Basin with partner GDF Suez E&P UK and is the sole licensee on the Gainsborough site.
Francis Egan, chief executive of Cuadrilla, said: “While we continue to progress our shale gas exploration work in Lancashire, we welcome the potential for exploration in Yorkshire along with the associated benefits of new jobs and economic growth we believe it will bring.
"Our first priority will be to talk with local communities. We recognise that some members of the public will have concerns and there continues to be a good deal of misinformation circulated regarding onshore shale exploration. We have a responsibility to ensure people understand the facts and are not misled by harmful scaremongering. Onshore exploration and fracking can and will be done safely, securely and in an environmentally responsible way.”
Ineos received three licences in the East Midlands. "We welcome the announcement by the UK government and the significant support from DECC to move this important industry forward,” said chief executive Gary Haywood. “Shale gas is a once in a lifetime opportunity that the UK cannot afford to miss.”
While the news has been welcomed by the business community, industry bodies urged the government to do more to support fracking.
John Longworth, director general of the British Chambers of Commerce, said: "The additional licences for exploratory shale gas drilling will be welcomed as a sign of the government's intent to support the industry, but without meaningful reform to the planning process, extra licences will amount to nought.
"The government recently announced changes to the planning process, and we need to see if they take hold in practice and deliver shale production in the near future.
"The government must develop a long-term energy policy, embracing all sources – including shale – to make sure that costs don't become crippling for businesses and consumers alike, and that the lights remain on in the coming decades."
Dan Lewis, senior infrastructure policy adviser at the Institute of Directors, added:  “We currently import the gas we need to generate electricity and heat our homes from overseas, but it makes sense to produce it here if possible.
"Properly regulated, fracking is a safe process which is consistent with the UK’s carbon reduction plans. Shale extraction and associated industries can provide jobs and tax revenues for the UK.  With oil and gas prices falling, and North Sea production collapsing, we face a significant challenge to catch up with the US and keep industry in the UK.
"The longer we delay, the more we lose out."