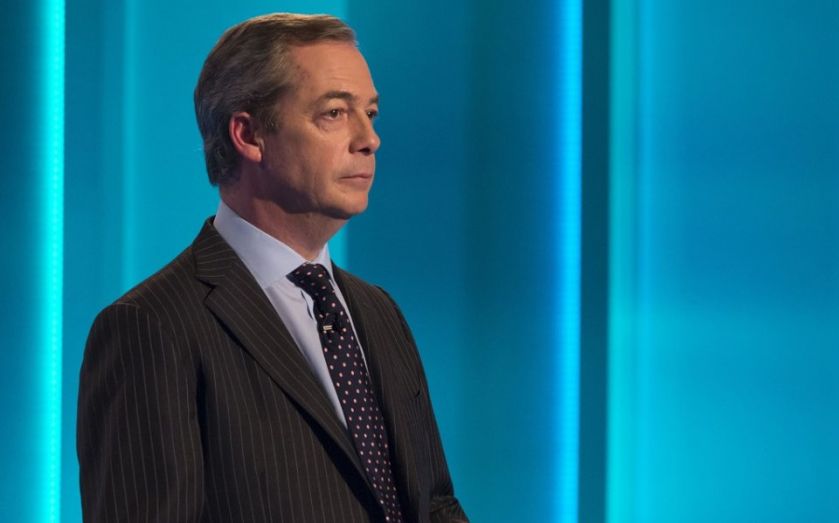 Last night's rare spectacle of seven party leaders tearing each other apart on live TV proved more entertaining than the pundits had feared.

Instead of a two hour bora-thon, sparks flew as the seven leaders accused each other of everything from economic incompetence to conspiracies over support for mass immigration.

But perhaps the surprise loser of the debate was Ukip leader Nigel Farage. With so many smaller parties represented on stage, the insurgent feeling that Ukip has capitalised on in the last two years was somewhat lost among the plethora of other nationalist interests.

Farage went into the debate as the bookies favourite. A superb public speaker with a folksy charm, Farage often outclasses his more scripted and screen-tested political opponents. In the LBC debates on the EU he triumphed over the once popular Nick Clegg twice in a row.

The Ukip leader was placed far away from Cameron's podium which meant the media was denied compelling pictures of the two men dueling over the right-of-centre vote. Despite playing to an ostensibly popular cause of attacking Scotland's allocation of funding under the Barnett formula, SNP leader Nicola Sturgeon was able to rebut Farage's offensive.

But the Ukip leader came into the most trouble when he kept with the best traditions of his party and managed to have his entire performance seen through the lens of a controversial comment. Farage claimed that foreigners with HIV cost the NHS £25,000 per patient per year.

Sixty per cent of them are not British nationals. They can come into Britain from anywhere in the world and get diagnosed with HIV and get the retro-viral drugs that cost up to £25,000 per year per patient.

I know there are some horrible things happening in many parts of the world, but what we need to do is put the NHS there for British people and families, who in many cases have paid into the system for decades.

Farage came in first place for negative sentiment on social media during the debate. The Ukip leader attracted 24,000 mentions – 41 per cent of which were negative.

Ed Miliband declared after the debate that Farage should be "ashamed". However, last night wasn't all bad news for Ukip. Farage won first place in the YouGov poll for giving the "straightest answers".