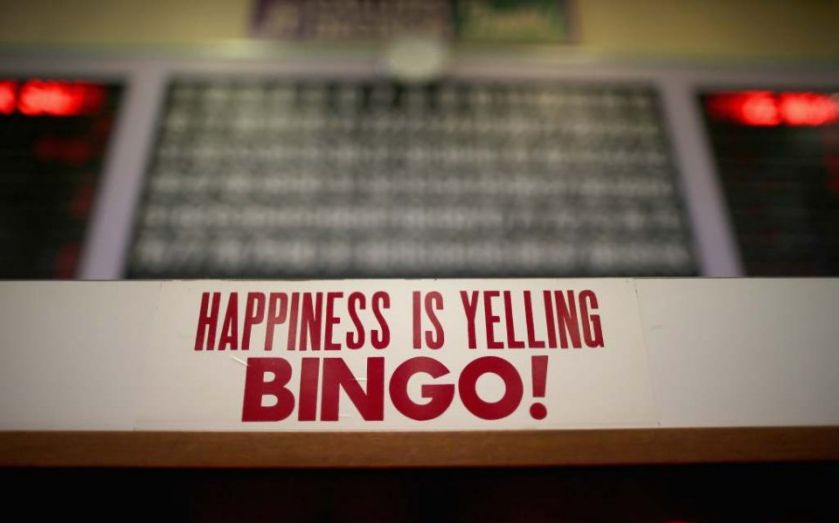 Ladbrokes could strike a deal with online bingo company Gala Coral as early as this week, creating a high-street and internet gambling empire.
Ladbrokes, valued at £1.2bn, is expected to issue new shares to buy Gala, which is owned by a collective of private equity investors including Apollo Global Management, Candover Investments and Cerberus Capital Management.
Gala Coral Group believes that a merger with Ladbrokes “has the potential to be strongly value accretive for both companies’ shareholders”.
The combined company is expected to have a total value of around £3.5bn. With an expected 4,000 shops, the merger would make the company the biggest high street betting agent, ahead of William Hill.
The news comes shortly after online gambling firm 888 Holdings won a takeover battle over the weekend for rival Bwin.party in a cash and stock deal valued at about £898m.
Earlier this month, GVC Holdings tabled a rival cash and stock bid valuing Bwin at £908m.
The 888 deal values Bwin shares at 104.09p each, just higher than the  online gambling website’s 104.00p closing share price on Friday.
The agreement comes months after 888 itself rejected a takeover bid from William Hill, which valued the group at about £750m.
Ladbrokes declined to comment on the proposed merge at this time, adding that there was also no plan to release a statement with updates on merger discussions this week.
The Gala merger will signal a major goal for Ladbrokes, which tried to buy Gala Coral in 1998 before Lord Mandelson, then trade and industry secretary, blocked the deal on grounds of competition.
Shares in Ladbrokes saw a 10 per cent surge after merger talks were announced last month. Ladbrokes chares closed last week at 127.7p.