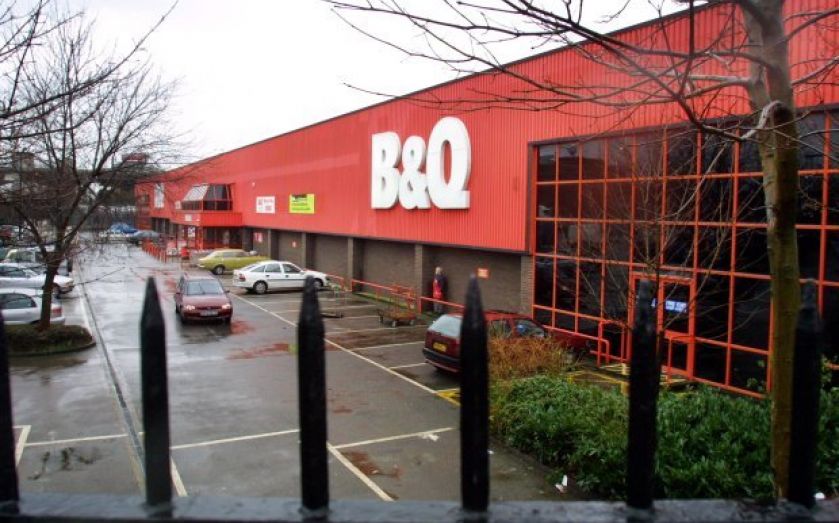 Shares in B&Q owner Kingfisher have fallen by more than 7.3 per cent in early trading, after the company reported falling like-for-like sales and the acquisition of French DIY brand Mr Bricolage.

Chief executive Sir Ian Cheshire said that second quarter trading "was always expected to be more difficult", and that markets "have been slower than anticipated, particularly in France and Poland".

Kingfisher saw sales fall by 1.8 per cent on a like-for-like basis, dropping by 2.2 per cent in France and 1.3 per cent in the UK and Ireland. Cheshire said that it was "unclear whether this recent weakness is short term phasing in nature," but suggests we'll know more when Kingfisher publishes its interim results this September.

The company has also offered further details on the purchase of French home improvement retailer Mr Bricolage. Cheshire says that he is "delighted that this transaction … has now become binding and will progress to anti-trust clearances".

Freddie George, consumer analyst at Cantor Fitzgerald, says that the trading update is "marginally below market expectations" and disappoints after a strong sales performance in the first three months of this year. George highlights the World Cup's "distractive effect" which has likely led to weakness in all home related categories.

Cantor Fitzgerald has reduced its Kingfisher 2015 pre-tax profit "top end of the range" forecast from £805m to £780m, and its target price for shares to 350p from 400p. Shares have today moved lower to around 314p. Summer trading – a key period for all DIY retailers – will be Kingfisher's true test of strength this year.