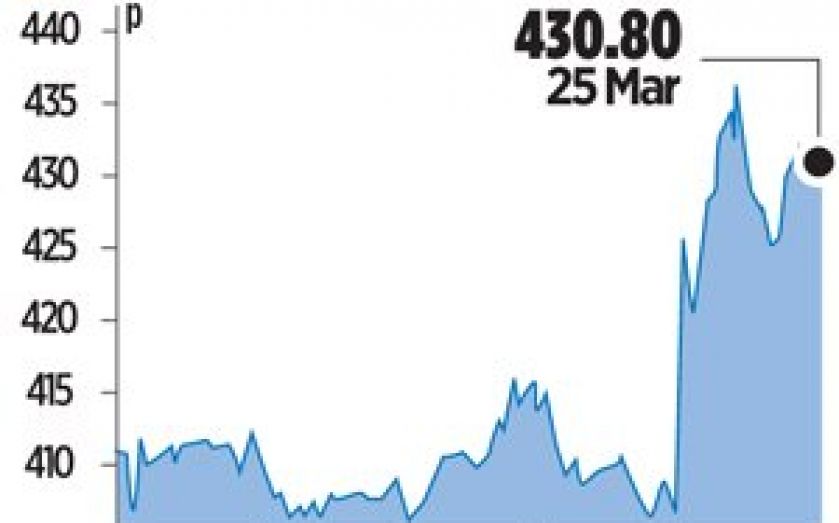 KINGFISHER, the owner of DIY chains B&Q and Screwfix, announced plans to hand £200m to shareholders as brighter prospects in the UK helped boost its full-year performance, sending shares up six per cent yesterday. Finance director Karen Witts said it will launch a multi-year programme starting with £200m in this financial year – its first capital return since it was formed 32 years ago. Europe’s biggest DIY retailer posted a 4.1 per cent rise in adjusted pre-tax profits to £744m in the year to 24 March. The strong performance was driven by the warmer summer weather and a recovery in UK sales after a tough start to last year, when the freezing temperatures steered customers away from its stores. Total sales rose 5.2 per cent to £11.1bn while sales at stores open over a year nudged up by 0.7 per cent. Chief executive Sir Ian Cheshire said consumer confidence was now at its highest since 2007 and that the UK home improvement market had stopped declining. “People are more confident about employment than 12 months ago and are more willing to take out a loan to get the kitchen done,” he said. Cheshire said a pick-up in housing transactions and the take-up of Help to Buy had also helped boost confidence but had yet to translate into sales in the DIY sector, which is driven by the secondary, rather than new-build housing market. Kingfisher also announced that it was looking for a local strategic partner to grow its loss-making B&Q China business. Cheshire said the group was not “fleeing for the exit” in China and was aiming for a similar approach it adopted in Turkey, where it has formed a 50:50 joint venture with a local partner. It is already in talks with interested parties and hopes to complete a deal before the end of the year. The group has also sold its 21 per cent stake in its German business Hornbach this week for close to £195m and said it would target expansion in Germany through its Screwfix business. Meanwhile Cheshire said the political uncertainty created by the Crimea crisis was “clearly unhelpful” for its business in Russia, where it generates £500m of revenues. However, from a customer point of view he said it had minimal impact.