Jungle Cruise is a silly but entertaining Disney adventure 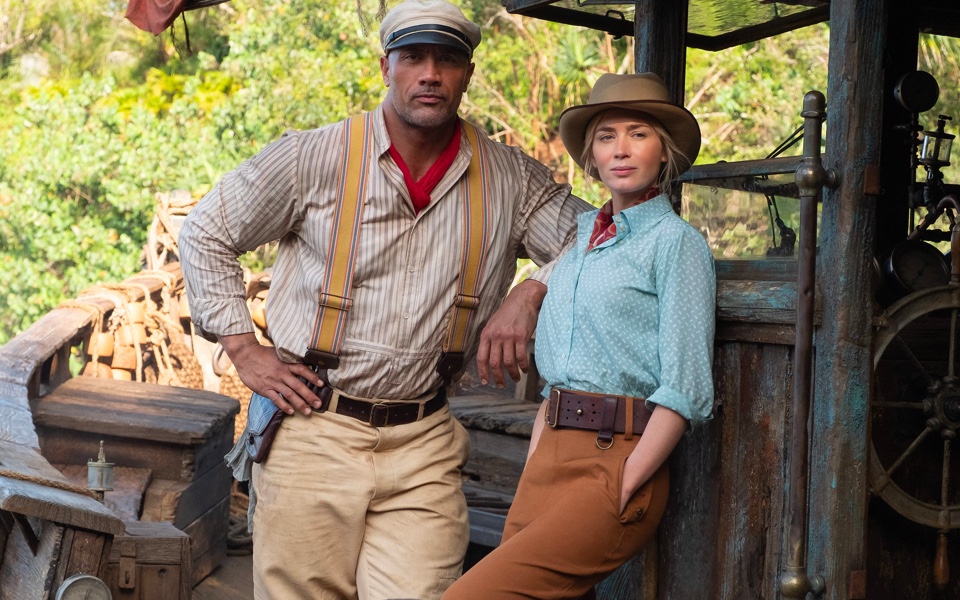 Musclebound A-lister Dwayne Johnson has made his name in the movie business by making hits from unlikely source material. Reviving the Fast and Furious, GI Joe, and Jumanji franchises, his face alone is enough to make hits out of dodgy propositions. Skyscraper, San Andreas, arcade game adaptation Rampage: the list goes on. Can he work his magic again for Jungle Cruise, a film based on the Disneyland theme park ride?

Directed by Jaume Collet-Serra (Orphan, Non-Stop), it’s set in the early 20th century and stars Emily Blunt as Dr Lily Houghton, a botanist who is determined to find the fabled Tree of Life located within the Amazon Rainforest. Arriving in Brazil with no leads and only her aristocrat brother McGregor (Jack Whitehall) for support, they look for a boat captain as a guide. They stumble upon Frank Wolff (Johnson), a sarcastic skipper down on his luck and deep in debt. He reluctantly agrees to help them, but as the trio journey down the river into uncharted territory, dangers lie in wait.

Reminiscent of early 2000s adventure movies, the journey is so enjoyable that it barely seems important that the third act is complete lunacy. It feels like a homage to Stephen Sommers’ Mummy trilogy, with Johnson as the Brendan Fraser-like adventurer bickering with Blunt’s feisty academic, with Whitehall replacing John Hannah as the comically inept brother. There’s even a CGI mummy of sorts in Edgar Ramirez’s snake covered conquistador.

The action is fun and reminiscent of the Pirates of The Caribbean movies, but the main attraction is the charisma of the leads. Johnson has no problem making fun of himself as he takes hits from almost everyone in the film, and a recurring gag about his love of puns is a lot more effective than it deserves to be. He establishes some wonderful chemistry with Blunt, a fearless adventurer who isn’t immune to the odd pratfall. As they trade insults while floating down The Amazon, it’s difficult not to grow fond of them.

Whitehall’s casting caused some controversy, given that a straight actor was being cast as an effeminate gay character. More foppish than outright camp, McGregor gets a delicately handled coming out scene that is a welcome bit of sincerity for a character that spends most of his time squealing and longing to return to Kensington. It could have been worse – the various foreign antagonists cancel eachother out, with Jesse Plemons channelling Allo Allo as a ridiculous German aristocrat.

Despite the flaws, there’s something about Jungle Cruise that just works. It’s a traditional summer blockbuster that combines charming leads with enough adventure to keep everyone happy. Under normal circumstances, we’d bank on this being another surprise box office hit for the biggest star in Hollywood. As it stands, it’s likely to be a regular fixture on Disney+ for weary households during the summer holidays.