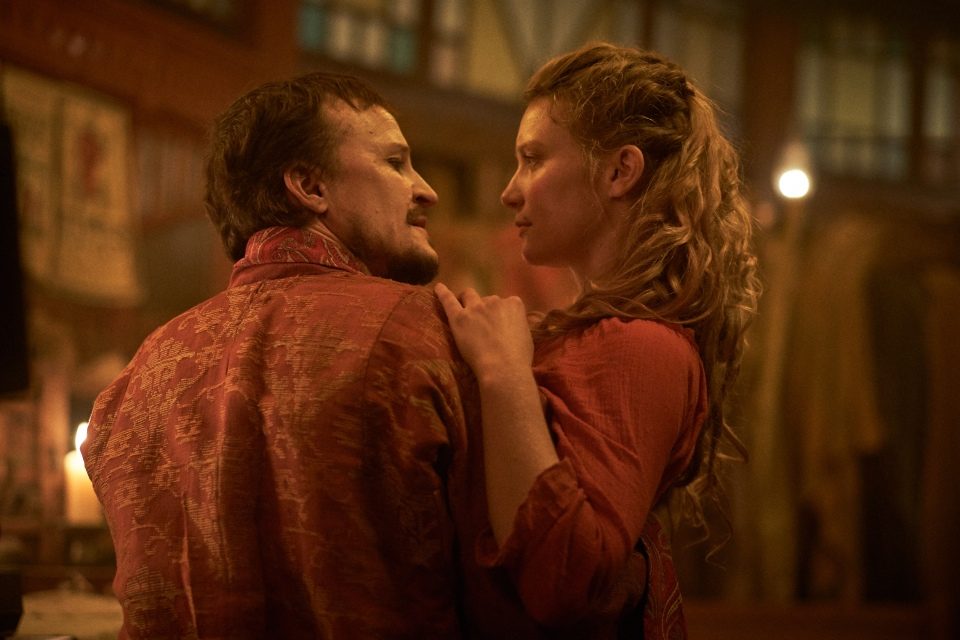 Punch & Judy, the Victorian puppet show about a child murderer turned serial domestic abuser who loves sausages, is an unlikely candidate for a gritty, live action remake. But this is 2019, all bets are off, and here we are.

Set in the town of Seaside, which is nowhere near the sea, we find travelling entertainer Mister Punch revelling in local audiences’ riotous approval of his personal brand of wife-beating theatrics.

But it’s Judy who is the hidden talent behind the box, deftly puppeteering her marionettes so that they somersault elegantly around the stage, momentarily distracting the crowd from their pissed-up bloodlust. She wants to make their show less smashy, but he’s more than happy to give the braying peasants what they want: a violent distraction between Seaside’s weekly fanatical witch stonings.

Judy & Punch is oil and water, tonally speaking, an absurdist black comedy in one scene and then a supercharged feminist commentary in the next. The title hints at the inversion taking place, but this story of a brutalised woman taking revenge aginst her abuser takes some bizarre turns along the way in order to meet the original puppet show’s plot beats. To adhere to the text, such as it is.

Rendered in bruised flesh rather than whatever it is puppets are made of, those scenes become surreal moments of unexpected slapstick in an otherwise straight-faced allegory for male aggression. When a dog in a Victorian ruff steals a string of sausages, a drunk Punch gives chase, tripping and hurling the baby out of the window and to a comedic death. The crocodile becomes a Lynchian horror dwelling at the bottom of a lake in a metaphor-laden dream sequence.

Where Judy & Punch charts its own course is in describing the vicious misogyny at the rotting core of Seaside, which fuels attendance to their puppet show while holding up a rather obvious mirror to society.

But even then things are played for laughs, in a manner that might have felt deliberate if most scenes didn’t seem to pull in two perfectly opposing directions at once. Judy’s savage beating at the hands of Punch is shocking, but sandwiched between scenes of playful whimsy. The regular public executions of accused women reach for audience sympathy, but play out like second-rate Monty Python sketches.

Nothing lands as it’s supposed to. Whatever dissociative effect was intended is lost. Judy & Punch is as silly and strange as the puppet show it subverts, but about as entertaining.