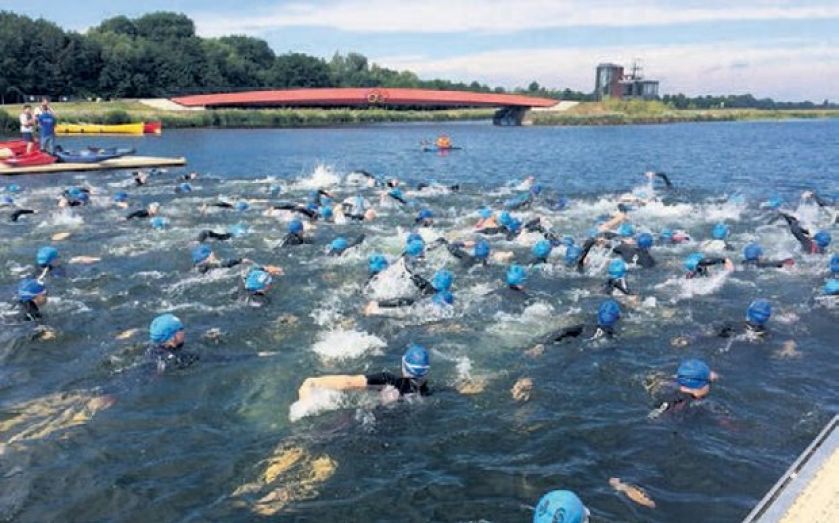 Property titan Jones Lang LaSalle (JLL) held its annual charity triathlon on Friday at Dorney Lake near Windsor. An impressive 3,000 property bods took part, completing a 750m swim, 21km cycle and 5k run all in aid of Samaritans for whom the event raised £16,000.

Despite JLL sponsoring the event, the corporate trophy went elsewhere – as construction company Aggregate Industries had the best times.

If only Batman had been there, eh…

■ As usual the Wimbledon men’s final was just as good for spotting celebs as it was backhand skills, with the Beckhams, Samuel L Jackson, Orlando Bloom, Kate Beckinsale, Bradley Cooper and Hugh Jackman all joining Wills and Kate in cheering on the finalists Federer and Djokovic. Australian media mogul Kerry Stokes’ name was on the list for the Royal Box, too.

Perhaps the Seven West Media chairman was here to watch a spot of telly as well as take in the tennis – reports that he was interested in bidding for Channel 5 were floating around a few months ago – could he be in the UK to consider it a little harder?