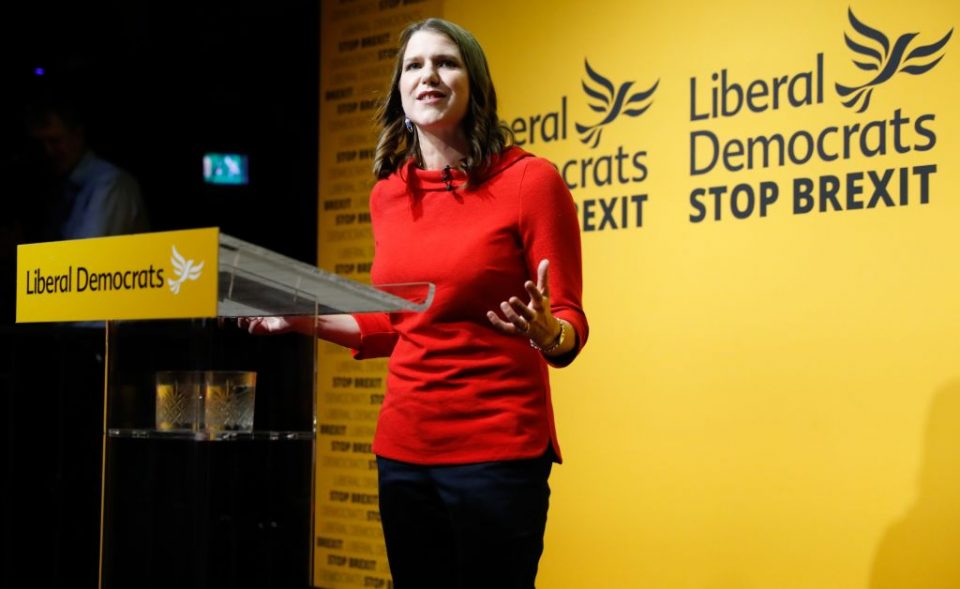 Jo Swinson has become the first female leader of the Lib Dems after beating rival Sir Ed Davey in a vote of party members.

Swinson received about 47,900 votes compared with just over 28,000 votes for former energy secretary Davey on a 72 per cent turnout.

Swinson said she was “over the moon” to be elected leader and that she would do “whatever it takes to stop Brexit”.

She heralded the party’s recent strong performance in the European elections, in which the party scooped up 20 per cent of the vote share and won 16 MEPs in the EU Parliament.

The new leader, who takes over from Sir Vince Cable, launched a broadside at Boris Johnson, who is expected to be announced as Tory party leader and Prime Minister tomorrow afternoon.

“Boris Johnson has only ever cared about Boris Johnson,” she said. “Just ask Sir Kim Darroch, or Nazanin Zaghari-Ratcliffe.”

Swinson said there was “no limit to my ambition”.

“I am ready to take out party into a general election and win it.”

Jo Swinson is the new Lib Dem leader – now where will she take her party?