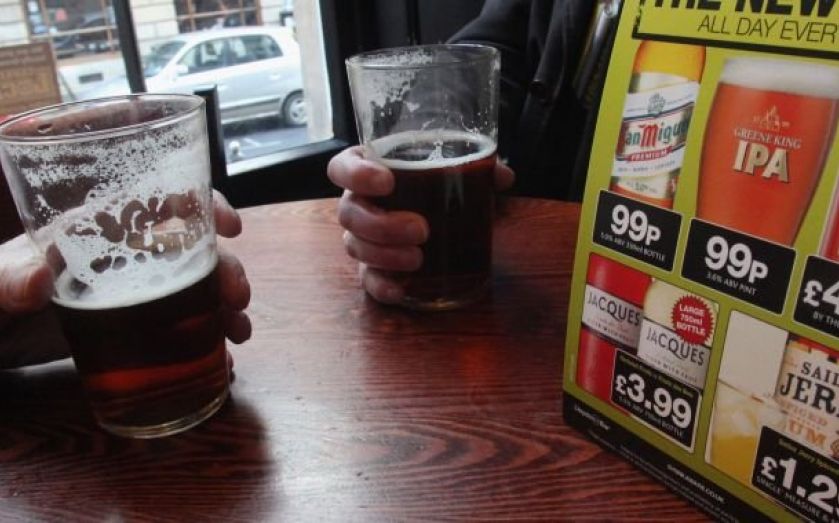 JD Wetherspoon has reported record sales and profit in its full-year results, yet founder and chairman Tim Martin has described the government's VAT on pubs as a danger to the industry.
Shares in the company have risen 1.31 per cent in early morning trading.
Profit before tax and after exceptional items was up 37.1 per cent to £78.4m from £57.1m last year, while like-for-like sales increased 5.5 per cent.
Revenue came in at £1.4bn; a 10 per cent jump from £1.3bn last year.
However, Martin used his statement to launch an attack on the VAT disparity between supermarkets and pubs which he said contributed to the high level of weekly pub closures in the UK.
The company paid out £275.1m in VAT last year, taking its total tax bill to £600.2m – around 43 per cent of its sales. On average, each Wetherspoon pub pays £12,700 a week in tax.
UK supermarkets pay zero VAT on food, whereas pubs pay 20 per cent. The company said this "serious economic disadvantage has contributed to the closure of many thousands of pubs [in the UK]".
Wetherspoon added 3,000 jobs to its workforce last year, but the company insisted the government would help create more jobs and higher levels of revenue if it taxed less excessively.
Martin said:

I am pleased to report another year of progress, with record sales, profit and earnings per share.
The biggest danger to the pub industry is the VAT disparity between supermarkets and pubs. Wetherspoon, along with many pub and restaurant companies, is supporting Jacques Borel's VAT Club on Tax Equality Day (Wednesday 24 September 2014) to publicise this inequality.
A similar danger relates to the general tone of corporate governance advice and practice which has helped to create unstable board rooms, often preoccupied by the wrong considerations. For example, many do not even recognise the danger from the VAT disparity, despite the high weekly level of pub closures which has lasted for many years.