Sajid Javid: Why politics can learn from City meritocracy 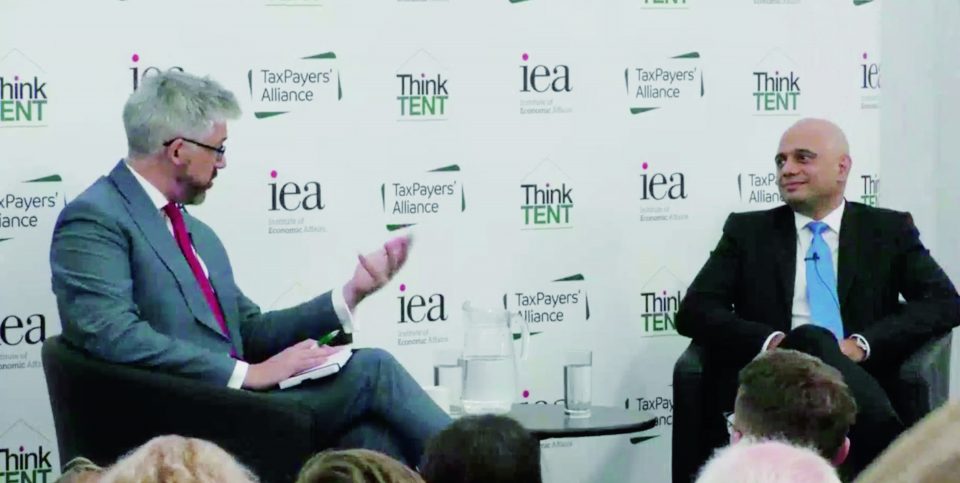 Sajid Javid retains a great affection for the City, describing it as a true meritocracy where all that really matters is how good you are at your job.

Westminster, he adds, could learn a thing or two from the City’s efforts to promote and increase diversity.

When I interviewed the chancellor at the Conservative party conference earlier this week, in front of a large crowd of Tory activists, it was during a discussion on the City that he became most animated.

I’ve seen this in him before.

An impressive minister and a likeable guy, he isn’t seen as Westminster’s most natural or charismatic speaker. But get him on the topic of banking — his first career — and he comes alive.

He ripped into the “cosy oligopoly of old merchant banks” that dominated the City before the big bang reforms brought a wave of international competition into the City.

“If you didn’t go to public school, if you didn’t wear the right tie, they did not want to know,” he tells me, reflecting on his first foray into the sector.

These turgid yet venerable institutions “pioneered the four-day week”, says Javid, claiming “they didn’t really have to work, everything was handed to them on a plate, if you wanted to do a bond transaction or a share offering, the prices were set and you just divided it up among yourselves and your friends and you did it over a drink”.

He remembers the rejections from the British merchant banks to which he applied, and he remembers the offers he got from the American giants who seemed not to care at all about which school he went to.

What animates him most is his admiration for Margaret Thatcher, who he credits with “smashing apart” the City that rejected him and bringing about the modern financial services industry.

“Those old merchant banks have pretty much disappeared,” he says, “and that’s a great thing for the City.”

Javid’s faith in what he describes as “the power of free enterprise, markets and wealth creation” doesn’t just come from Tory dogma. He’s lived this philosophy and his entire story is bound up in the principles of hard work and self-advancement.

He is not, however, blind to the role of the state or to the fact that not everyone gets a fair crack at the whip.

He says that two events “had a profound effect” on him and made him think about what happens when the state gets thing wrong as well as how it can help those who rely on it: the Grenfell Tower tragedy and the Windrush immigration scandal.

Javid has had a portrait of Thatcher in each of his numerous ministerial offices (“she follows me everywhere”) but his time in government has softened the hard edges of his libertarian outlook.

He ran to be leader of the Tory party but didn’t make the final two. He insists he works “hand in glove” with Boris Johnson and Number 10, though I put to him reports that when it comes to economic policy, Team Johnson is calling the shots.

“I’ve read some of that stuff,” he says – referring to anonymous MPs quoted in the media — “and it’s complete rubbish.” He claims it was being put about by “people that probably wish they had my job”.

It isn’t a job Javid seems keen to give up any time soon, and he assured me he has a tax-cutting budget to deliver this year, deal or no deal.