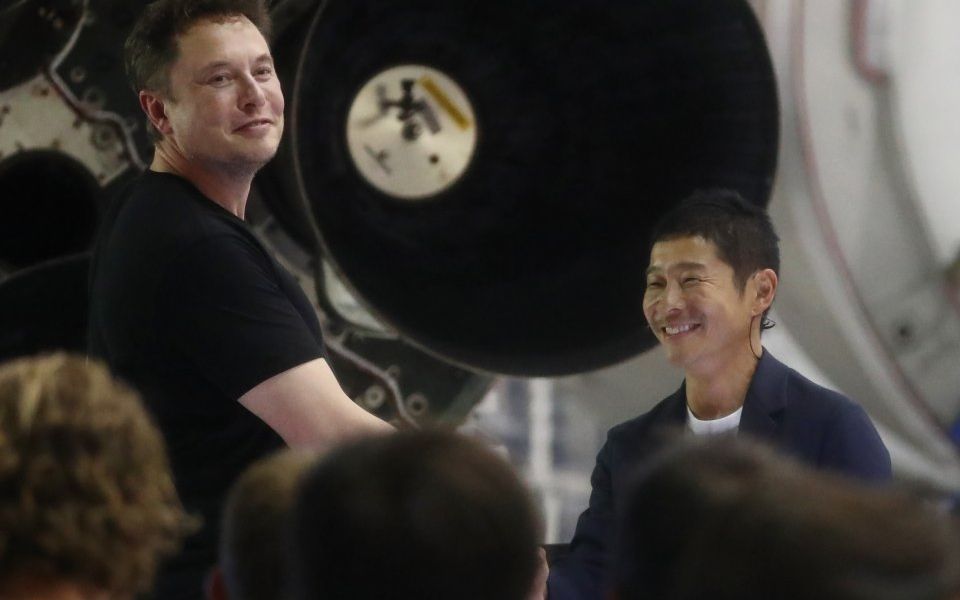 A Japanese billionaire and online fashion tycoon is set to become the first private passenger to fly around the moon after revealing he will join Elon Musk’s SpaceX mission into orbit.

Yusaku Maezawa, who owns fashion retailer Zozo, is expected to lift off on the Big Falcon Rocket (BFR) in 2023 after being unveiled as SpaceX’s first commercial passenger earlier today.

In what will be the first visit by humans to the moon since Nasa's Apollo 17 landing in 1972, the company said that the flight represented "an important step toward enabling access for everyday people who dream of travelling to space".

"Finally, I can say, I can tell you that I choose to go to the moon," Maezawa said after joining the Musk on stage at SpaceX headquarters in California this morning.

Maezawa has said that he would invite six to eight artists from across the globe to join him on the trip into space.

Last year Maezawa grabbed headlines when he payed $110.5m (£85.4m) for a painting by the late artist Jean-Michel Basquiat at an auction in New York.

Read more: Elon Musk has just reignited his feud with a British diver

The backing from Maezawa will likely relieve Musk after a turbulent week, in which the Tesla boss has come under fire for smoking weed on a podcast and is now being sued for defamation over repeated claims he made against a British cave diver who he accused of being a paedophile.