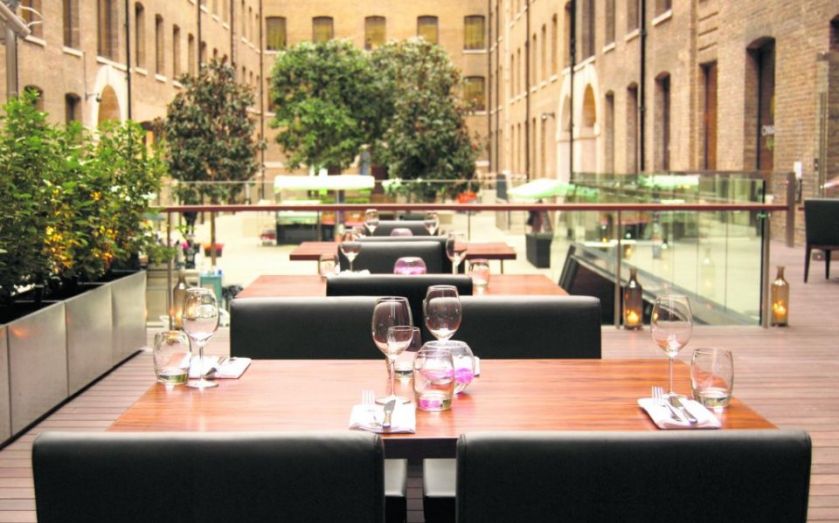 Don’t stay cooped up inside for lunch. Get out and explore the city’s terraces. 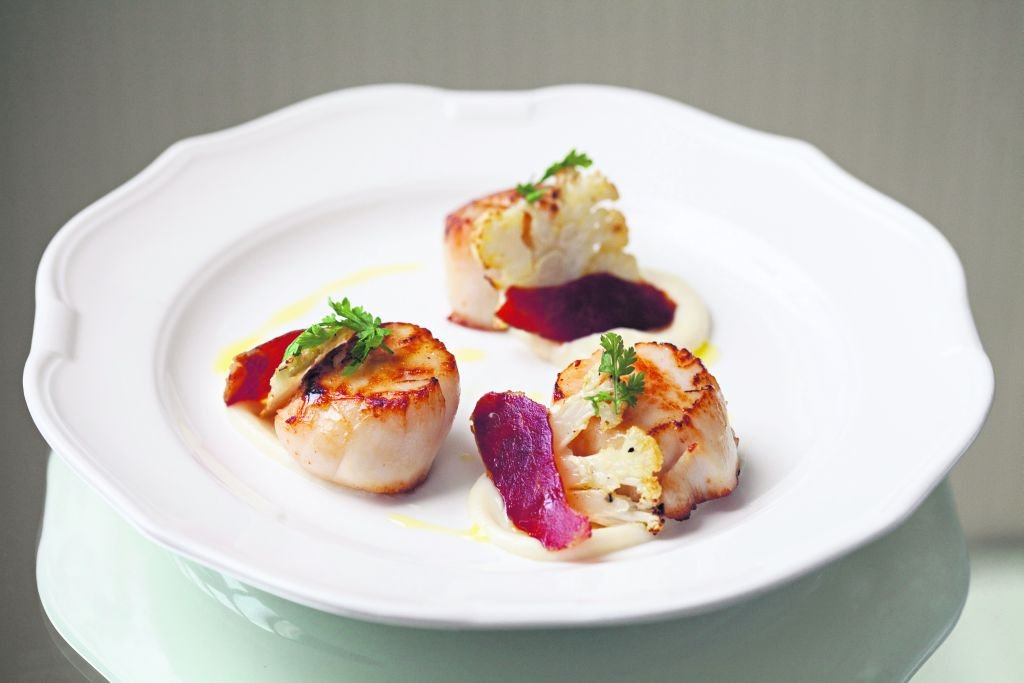 Capture the spirit of the cobbled backstreets of Paris tucked away in Neal’s Yard in Covent Garden. This eaterie serves French fine dining on tables spread across the colourful courtyard. Highlights from the spring menu include scallops and the Posh Madame with truffled ham and quails’ eggs. The restaurant is also running Voyage en France throughout the summer months, a monthly educational wine event that explores the Gallic wine regions.
cvssevendials.com

There are few lunch destinations as picturesque as Somerset House. Head there if the weather looks fragile because Salon at Spring brings the summer insidie. Situated in the Atrium under a huge glass ceiling, it’s an indoor garden decorated with flora and fauna. Enjoy homemade tonic water with Chase gin, a twist on strawberries and cream and seasonal pots of ice cream. springrestaurant.co.uk 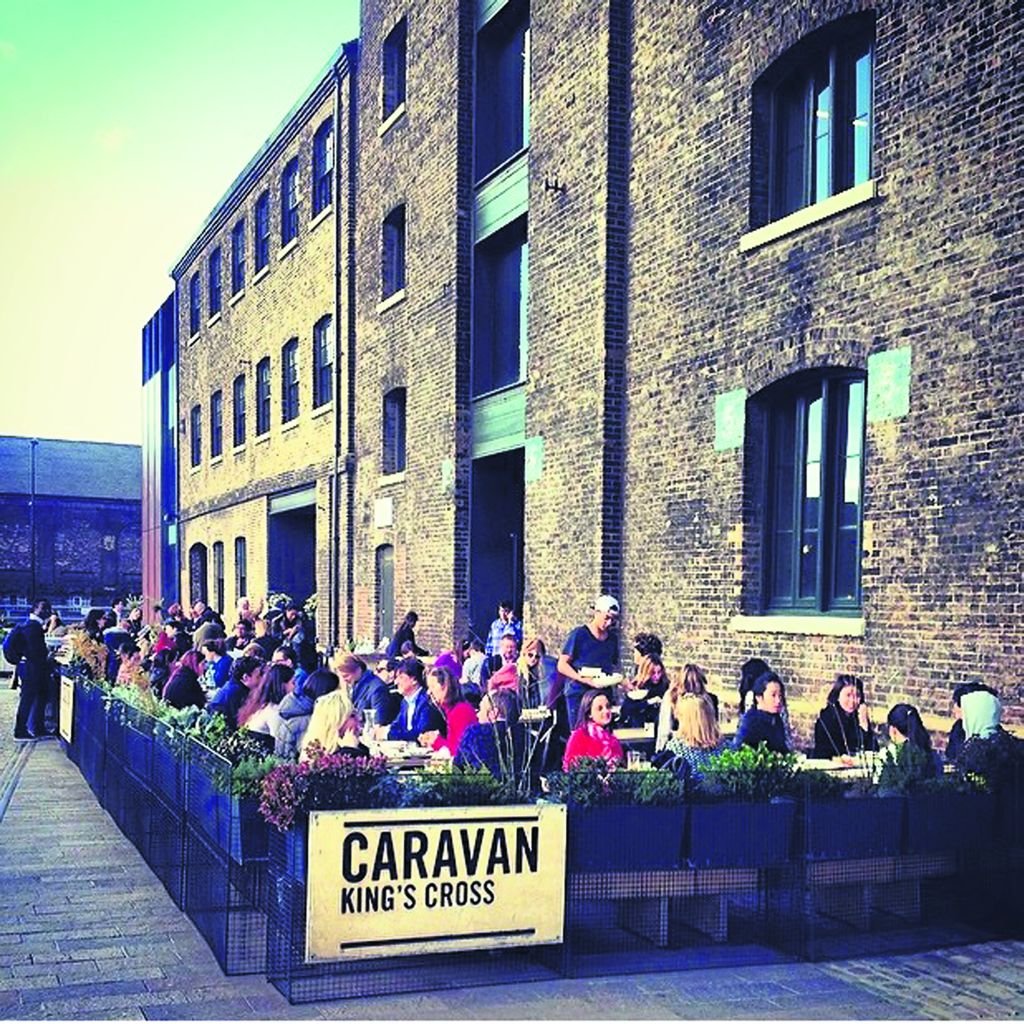 You’ve got two choices here; if you want your lunch to have a bustling, foodie atmosphere, then head to Caravan Exmouth Market in the City. If you’re looking for a more peaceful vibe, admire the dancing fountains at Caravan King’s Cross. Both sell a delicious menu made up of small sharing plates. Better yet, return at the weekend and delve into a brunch of orange-scented pancakes, blueberries and vanilla butter.
caravanexmouth.co.uk, caravankingscross.co.uk

This French bistro in the heart of Marylebone is a world away from the hustle and bustle below. Its bar and roof terrace are re-opening this month after an extensive makeover that will see them lined with lavender plants that are softly-lit in the evenings by old-fashioned hurricane lanterns. Sample light and beautifully-constructed dishes such as the lobster with white alba truffle and cauliflower, overlooking the gardens of St Marylebone church.
orrery-restaurant.co.uk. 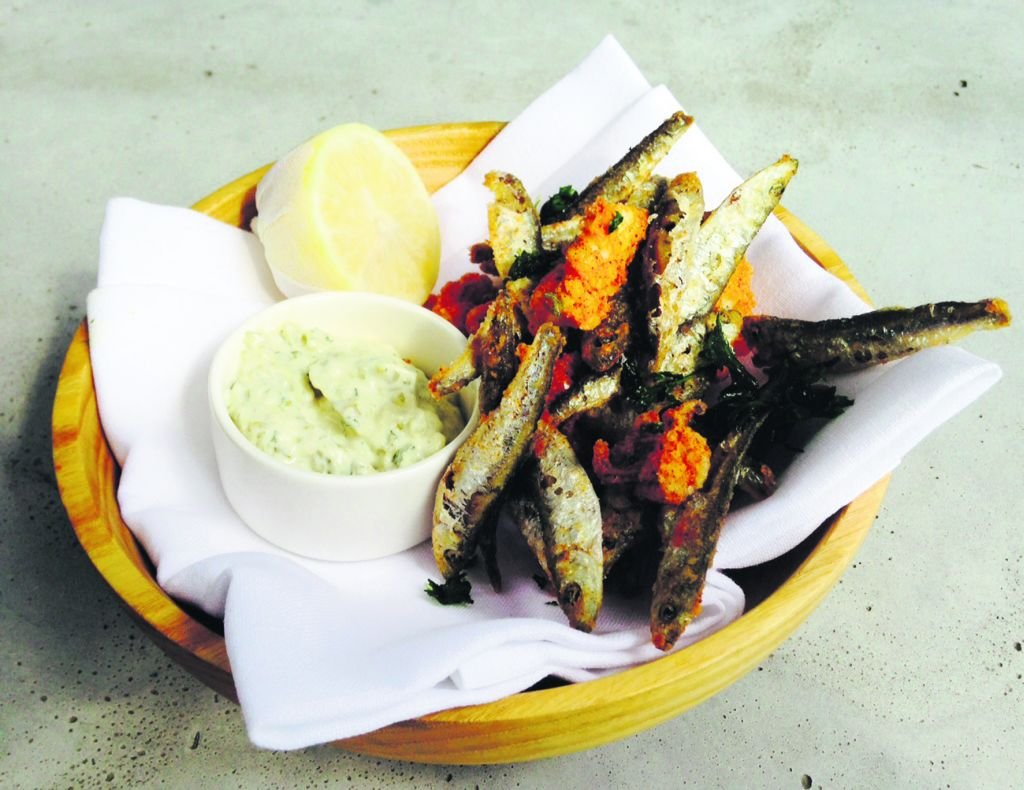 Treat yourself to a Michelin-Starred meal at Angler just off of Finsbury Circus. Its rooftop terrace, which is open from 12 to 10pm, has just re-opened for summer atop the South Place Hotel with views to the west of Moorgate. Tables are on a first-come-first-served basis, due to the unpredictablity of the British weather, so get in early – it can get pretty lively once the BBQs and DJs kick in.
anglerrestaurant.co.uk. 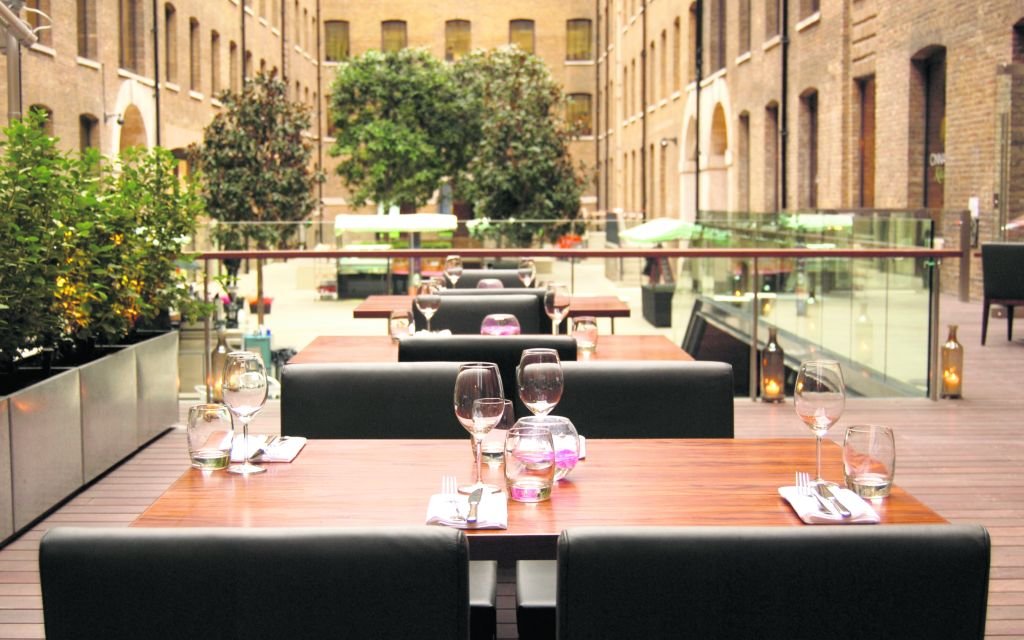 A curry may not be the obvious choice on a hot summer’s day, but Vivek Singh’s City outpost makes delicate Indian dishes that are packed with flavour. Set among the smart terraces of Devonshire Square – in the East India Company’s former spice warehouses, fittingly – popular dishes summer dishes include a Tanjore spiced king prawn curry and lassi pannacotta with blueberries. The drink of the moment is Lady Yang, a heady combination of gin, lychee liqueur and fresh lemon and lychee juice topped with lychee/lavender foam.
cinnamon-kitchen.com

For a more informal summer hangout that’s still very central, try The Windmill in Mayfair. This humble pub has a gorgeous and peaceful roof terrace that’s colourful and decked out with plants. The exposed brickwork and wooden floorboards give it a rustic feel and it serves a decent selection of real ales and ciders, too. A visit here is a visit wasted if you don’t try one of the award-winning pies. The Windmill has nine on the menu, it runs a monthly pie club and there are even videos on how to make its pies on YouTube.
windmillmayfair.co.uk