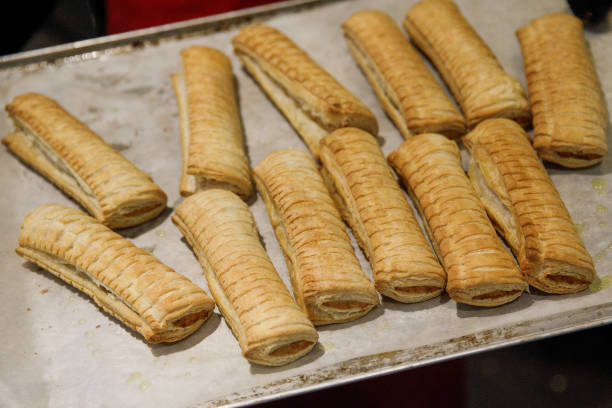 Food processing and packaging firm Hilton Food Group has reported increased profit for the first half, helped by a deal with a manufacturer of vegetarian and vegan foods.

Hilton reported a 10.6 per cent increase in profit before tax for the first half of 2019.

Read more: Greggs cooking up vegan versions of all its most popular products

Hilton said it is now providing all of Tesco’s packaged red meat.

Basic earnings per share jumped 7.5 per cent to 21.5p, and the firm announced an increased interim dividend of 6p – a 7.1 per cent rise.

Hilton’s shares were almost 1.5 per cent up in early afternoon trading at 992p.

Consumer demand for vegetarian and vegan products is on the rise, with the runaway success of Greggs’ vegan sausage roll – launched earlier this year – a notable example.

Hilton ramped up efforts to get in on the rapidly-growing market with the acquisition of a 50 per cent stake in Dutch vegetarian product producer Dalco earlier this year, and said the investment has made an “encouraging contribution” to its business.

The company has also expanded into the sous-vide market – a method in which food is sealed in a plastic pouch then cooked in water at a low temperature for a long time. Hilton acquired UK sous vide manufacturer HFR Food Solutions earlier this year, which it said would help it expand the range of meat products it could offer.

Responding to the results, executive chairman Robert Watson said Hiltson’s financial position “remains strong” and that full-year results were expected to be in line with predictions.

Read more: On a roll: Greggs boosts sales and profits

“Hilton has expanded its operational scale and diversified into new high growth proteins whilst delivering continued increases in volume and profit,” he added.

“Our new factory in Brisbane, Australia began production ahead of schedule and we also opened our fresh convenience foods facility in Poland. In the UK we are now packing 100% of Tesco retail packed red meat. Investments in vegetarian and sous vide manufacturers increases the new protein offerings we can supply to our retailer partners.”